Microsoft’s Surface Pro has long been the flagship of the company’s increasingly diverse range of Surface hardware. It’s the tablet that can also be a laptop, and the byproduct of refinement since the original Surface RT that launched six years ago. When you think of Surface, you immediately think of Surface Pro. It’s the most popular Surface device and Apple, Google, HP, Dell, and Lenovo have all copied elements of the Surface Pro.

While Microsoft ditched its numbering scheme for the Surface Pro last year, this time the number is back. The numbers you really need to care about this year are: it’s a Surface Pro 6, there’s 8GB RAM by default inside, it has 8th Gen quad-core Intel processors, and it’s now available in #000000 (black).

Aside from these important digits, the Surface Pro 6 looks a lot like the Surface Pro from last year. If you sat a Surface Pro 4, Surface Pro 5 (let’s just call it that), and Surface Pro 6 down together side by side it would be difficult to tell them apart. The big new change this year is a matte black finish, but that doesn’t mask the fact Microsoft has kept the same design for three generations and the same dated selection of ports as the Pro 3 from four years ago.

This is a relatively minor refresh of the Surface Pro, and it’s probably time for Microsoft to overhaul this tablet / laptop hybrid with more modern hardware and ports. 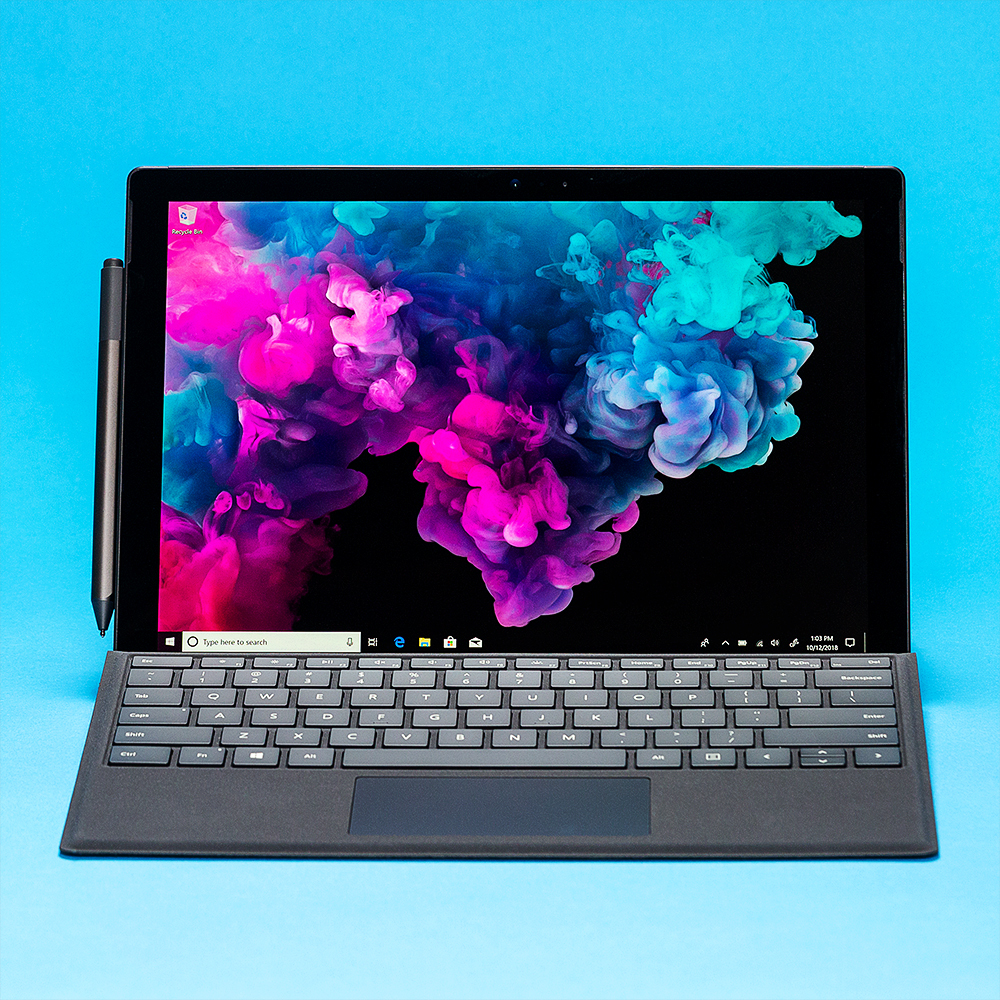 The color and the additional storage might be enough to tempt you to spend the extra $200 here, but don’t forget that you’ll have to pay at least $129.99 for a Surface Type Cover. Without this keyboard the Surface Pro 6 is just a tablet (and not a very good tablet, at that). Microsoft also sells covers with Alcantara fabric for $159.99, but the company strangely doesn’t have a black Alcantara version to match its new hardware. Instead, you’ll have to opt for blue, red, or silver keyboards if you want the soft-touch Alcantara. A matching black Surface Pen is also available for $99. Either way, you’re looking at spending at least $1,030 to get a Surface Pro 6 with a keyboard.

Microsoft’s hardware choices on the Surface Pro 6 are largely identical to last year. There’s the same 12.3-inch PixelSense display, same cameras, and same port selection. Despite both the Surface Book 2 and Surface Go now offering USB-C ports, Microsoft has kept the ancient Mini DisplayPort, a single USB 3.0 port, a microSD card reader, and Surface Connector for charging. There’s no USB-C here, and no ThunderBolt 3 support. That means you can’t charge your phone with the same charger as the Surface Pro 6, and you can’t connect an external GPU to transform it into a gaming rig. Other PC makers have embraced ThunderBolt 3 even across Surface competitors, and Microsoft’s disappointing port selection is now in desperate need of an overhaul.

The only external design change is the new matte black finish. I like it a lot, and paired with a burgundy Type Cover it’s a great looking device. Microsoft thankfully went for matte over glossy for the finish, so I haven’t noticed it picking up ugly fingerprint marks or stains. I just wish the black Type Cover was Alcantara, too.

Fortunately, Microsoft has tweaked the internals of the Surface Pro 6 to compensate for the lack of external hardware changes. Inside, there’s 8th Gen Intel Core i5 or i7 processors, and they’re the latest quad-core variants. During my testing, I didn’t notice huge performance boosts for regular tasks, but I did notice the Surface Pro 6 felt a lot more snappier than the previous model for launching apps and multitasking. I’m impressed that Microsoft managed to squeeze an Intel Core i7-8650U processor inside a relatively silent machine. I never noticed the fans spin up during my testing.

Battery life has also been solid. I’ve averaged around eight hours of battery life for my daily workload of browsing on Chrome with around 10 desktop apps also running. That’s not the 13.5 hours of battery life that Microsoft claims, but that’s based on local video playback and it’s not how most people will use this device. The battery life will be enough for a day of work, or to play Netflix videos and some games. Like most Surface Pro devices, you won’t be playing high-end games on this due to the built-in Intel graphics, but casual games from the Microsoft Store will run just fine.

One particular change Microsoft has also made to Windows 10 with the Surface Pro 6 is that it’s now the Home edition of the operating system, rather than the Pro version. If you need the features in the Pro version, like BitLocker encryption and Remote Desktop, then you’ll need to pay to upgrade to it.

The Surface Pro needs a refresh with modern ports

If the previous Surface Pro was the new norm and predictable, the Surface Pro 6 has certainly reached the stage where it deserves a bigger refresh. HP impressed me recently with its Spectre Folio that’s an interesting take on the 2-in-1 design that Microsoft has really pushed. While HP is only using Y series Intel processors, it has opted for Intel’s latest 1W display technology and a ThunderBolt 3 USB-C port. I would have expected Microsoft to be pushing this latest technology in a new Surface design, not HP.

Microsoft has clearly taken the safe approach here after being burned by Intel’s Skylake chips on the original Surface Book. It’s probably a wise move, given some of the reliability concerns around Surface products in the past, but it does make the Surface Pro 6 less exciting from technology and design aspects. I would have liked to have at least seen USB-C here, and more design changes.

I love the versatility and weight of the Surface Pro, but the lapability is still an issue, especially for long periods where the kickstand can dig into your legs. I’d also like to see Microsoft optimize the screen bezels on the Surface Pro. While they’re not as big and noticeable as the Surface Go, there are plenty of laptops and tablets that have shrunk them down in size recently.

If you’re still holding on to a Surface Pro 3 and thinking of upgrading, then the Surface Pro 6 will be a noticeable change. It’s lightweight, portable, and has the full power of Windows 10 and desktop apps. There’s still nothing quite like it in the Windows world, despite some similar offerings from PC makers.

Microsoft has led the way in this laptop and tablet hybrid design, but it now risks competitors catching up. Apple is still selling the same MacBook Air design, years after most PC makers have caught up and surpassed a laptop design that changed the industry 10 years ago. The Surface Pro 6 might look a little familiar and lack modern ports, but it’s still the portable laptop and tablet hybrid to beat. For now. 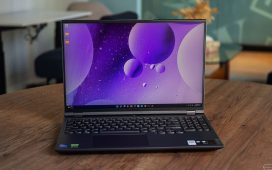 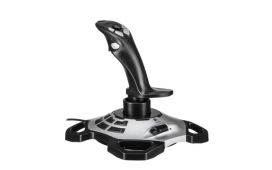 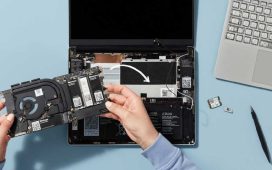