Minecraft Legends: Trailers, gameplay, and everything we know


Minecraft is one of the most successful and well-known games of all time, and it has steadily evolved into a powerful brand comprised of toys, books, merchandise, and beyond. Mojang Studios has also expanded the Minecraft universe into other video genres with the release of titles like Minecraft Dungeons. Next, the legendary Minecraft creators are turning to the action-strategy genre.

Minecraft Legends is the next spin-off Minecraft title, and it’s unlike anything else we’ve seen from Mojang Studios so far. Here’s everything we know, including what the gameplay is like, where you can watch the trailers, and when you can expect to play.

What is Minecraft Legends?

During the Xbox & Bethesda Games Showcase 2022, Mojang Studios took the stage to announce Minecraft Legends with a cinematic trailer, which also showed a handful of gameplay toward the end. We know that Minecraft Legends tells the unlikely story of all the mobs and people of the Overworld dimension in Minecraft banding together to combat the invading forces of piglins swarming from the terrifying Nether.

Players will take control of a nameless hero to unite the Overworld and guide their forces in the raging war against the encroaching Nether corruption. Minecraft Legends will differ from its Minecraft siblings dramatically when it comes to both gameplay and story, although it should remain true to Mojang Studios’ philosophies and to the nature of Minecraft as a franchise.

Where can I watch the trailers for Minecraft Legends?

What is the gameplay in Minecraft Legends?

So far ahead of its release, we don’t know everything about the gameplay in Minecraft Legends. That being said, we can surmise plenty from the limited gameplay footage we have, and from the information that has been provided by Mojang Studios on the Minecraft Legends portion of its site.

Minecraft Legends is a unique action-strategy game, blending elements of third-person action games with real-time strategy titles. At its core, Minecraft Legends is a strategy game challenging players to direct armies in real-time to emerge victorious during hectic battles. However, you’ll be in the middle of the action, becoming the center of every battle alongside your forces.

You’ll also explore a new interpretation of the Minecraft Overworld, discovering valuable resources, peaceful village settlements, and more. Minecraft Legends will task you with defending these settlements, fighting back hordes of piglin forces, seeking out new allies to add to your army, building outposts, and beyond.

As mentioned previously, we don’t know much about the details. Information is scarce, but we can see that players will spend a lot of their time in Minecraft Legends atop a trusty mount, and will be able to direct nearby friendly mobs with various commands. Minecraft Legends also has its own third-person combat mechanics, although we haven’t seen much other than the usual swing of a sword.

Hopefully, we’ll learn much more about Minecraft Legends and its genre-blending gameplay as we inch closer to the eventual release of the game, whenever that may be.

What is the release date for Minecraft Legends?

Minecraft Legends was revealed during the Xbox & Bethesda Games Showcase, which had a strict focus on games arriving “within the next 12 months.” With a generic 2023 release window attached to the game, it’s reasonable to assume that Minecraft Legends is set to arrive at some point before June 2023. Of course, plans could absolutely change between now and then. A year is a long time for video game development.

We’ll be sure to update this section as soon as we learn more about the exact release date of Minecraft Legends.

What platforms are getting Minecraft Legends?

Mojang Studios maintains a steadfast “multiplatform” philosophy, and prides itself on being accessible and approachable to a diverse array of players across all demographics, geographies, and platforms. With Minecraft Dungeons, Mojang Studios committed to this philosophy, despite technically being a part of Xbox Game Studios.

Minecraft Legends will launch simultaneously on Xbox Series X|S, Xbox One, PS5, PS4, Switch, and PC on the Microsoft Store and Steam. Minecraft Legends is also a day one launch title for Xbox Game Pass, PC Game Pass, and Xbox Cloud Gaming, making it easy to play on any device through the cloud. 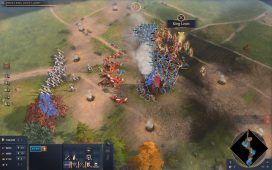