After a failed bill was proposed in North Dakota earlier this month that would have forced Apple to allow developers to sideload apps and use alternate in-app payments, a similar bill has been officially introduced in Minnesota.

Reported by the StarTribune, the new bill in Minnesota that was filed last week is aimed at reforming Apple and Google’s power to remove apps from their stores:

The proposal — quietly introduced last week — would force the two tech giants to keep the products of Minnesota developers in their app stores even if those developers sell them directly or through other channels.

“A lot of people are concerned about the increased influence and power that Big Tech has, and I think there’s a lot of interest in trying to make sure that we have a fair and open digital economy,” said Rep. Zack Stephenson, DFL-Coon Rapids, who is sponsoring the bill in the House.

Apple and Google didn’t comment on the matter, but the StarTribune said they are both in the middle of lobbying against the Minnesota bill.

Apple did not return a request for comment for this story, while Google declined to comment on Minnesota’s legislation. But both groups are privately lobbying individual legislators to oppose the measure.

One of Apple and Google’s allies here is the group “Americans for Prosperity:”

Jason Flohrs, Minnesota’s state director of Americans for Prosperity, said there are concerns about the privacy and security of allowing other payment processing vendors into the app store, and the group is fundamentally opposed to any legislation where the government is trying to put a “mandate on private businesses.”

It likely won’t be too long before we find out how Minnesota and Arizona lawmakers will vote on the new bills and there will almost certainly be more states doing the same shortly. 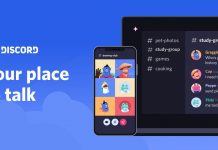 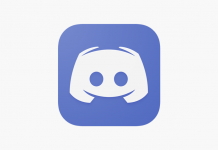