Nearly half of all motorists believe future MOT tests should account for the source of electricity used to charge electric vehicles (EVs), the results of a new survey suggest.

As the move towards electric vehicles gathers pace and a greater focus is being placed on the charging network required, new research among UK motorists reveals that a significant proportion believe that the MOT test (which checks a car’s roadworthiness) should evolve in parallel with new technology.

Under the current MOT process, the test measures emissions from a vehicle’s engine; therefore, a purely electric vehicle registers zero emissions. However, in a study for Kwik Fit, the UK’s largest MOT tester, 45 per cent of car owners said they believe that in the future the MOT should take into account how the electricity used to charge the vehicle has been generated. This figure rose to 51 per cent among owners of cars less than three years old.

The research was carried out for Kwik Fit by Opinium Research among a nationally representative sample of 2002 UK adults, with fieldwork conducted 23-26 November 2020.

Only a quarter of car owners (27 per cent) believe that the source of electricity should not be considered in the test, while over a quarter (28 per cent) said they didn’t know.

Those aged 18-34 were recorded as being 36 per cent more likely than those over 55 to believe that measuring the source of electricity should be in the MOT of the future. Environmental considerations are often considered to be more important by younger age groups, which may be one explanation for the demographic disparity. There was also a gender split, with women 20 per cent more likely to support this notion than men.

The practicalities of assessing the electricity used to charge an EV are significant, as this would require information to be relayed from the charging systems to the vehicle and stored for future analysis. The data would need to be measured by the MOT testing equipment, requiring data standards – and data privacy considerations – to be put in place, as well as necessitating major changes to the MOT test.

Eric Smith, MOT scheme manager at Kwik Fit, said: “While the move to electric vehicles is undeniably positive in reducing overall emissions from individual vehicles, we must not forget the importance of ensuring that the energy used by EVs is generated as cleanly as possible. To develop the MOT to assess the source of electricity used by EVs would require multi-industry standards to be set up and the test may not be the best way to ensure drivers are opting for cleaner energy.

“However, this research does highlight that millions of drivers believe there should be a way of testing overall emissions for vehicles using electricity. It’s worth remembering that currently hybrid vehicles are not tested for emissions in the MOT, even though they still run on petrol or diesel for some of the time, so perhaps the first change to make should be to include emissions testing for hybrids.”

With modern cars being fitted with an increasingly wide range of technology features to improve safety or to aid drivers, Kwik Fit’s study also asked motorists which of these developments they thought should be added to the components inspected during an MOT test.

Start-stop technology was stated by just over a quarter of drivers (26 per cent), with the same proportion (26 per cent) believing parking sensors should be part of the annual test. Parking or rear-view cameras were cited by 24 per cent of drivers as worthy of inclusion.

Interestingly, the Kwik Fit research found that drivers who have received an MOT failure are most in favour of developing the test. Those whose car had failed its MOT test at some point in the last three years were 15 per cent more likely to believe that these safety features or driver aids should become part of the MOT test, compared to drivers who have not had an MOT failure in that time.

This perhaps indicates that drivers who have had an MOT failure are more likely to appreciate the important role the test plays in vehicle safety by highlighting problems in components on which they may rely.

Smith said: “It’s important that the MOT does not become overcomplicated and focuses on checking the most important elements in vehicle safety. However, motoring technology is continually advancing and the MOT has always been developed to reflect that.

“As more and more drivers have new technology in their vehicles, it is natural that they will get used to relying on these driver aids, therefore it is essential that these are regularly checked to ensure they will work properly in an emergency.”

Kwik Fit is also highlighting to motorists that there is no MOT exemption for this lockdown and therefore any cars whose MOT is expiring needs to pass a new test. The current government guidance is clear that it is lawful to leave home to get an MOT and that cars need an MOT if they are going to be used during lockdown.

A recent report from the Policy Exchange think tank warned that the UK needs to ramp up the installation of electric vehicle charge points by five times the current rate if the plan to phase out petrol and diesel vehicles by 2030 is to be achieved.

Meanwhile, Chinese and British researchers have designed a new type of rechargeable battery using salt as a key ingredient that could accelerate the shift to greener, electric transport on our roads.

Sign up to the E&T News e-mail to get great stories like this delivered to your inbox every day. 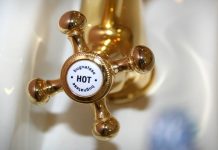 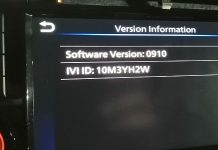 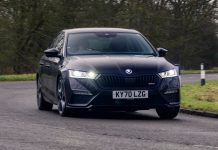 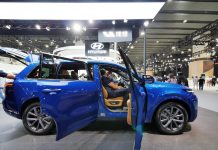 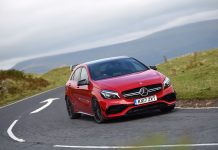 Buy them before we do: second-hand picks for 26 February 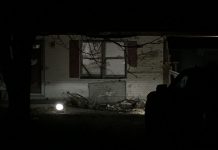 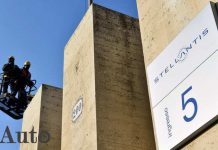