There’s an abundance of choice among Motorola smartphones in 2020.

The Lenovo-owned company might be headlined by the new Razr and budget staple G line, but there are plenty of other options.

Among the most interesting is the One range, affordable handsets which focus on a specific feature in order maximise its impact.

The Motorola One Macro puts emphasis on, you guessed it, macro photography. Few phones focus heavily on extreme close-up shots, so it’s a surefire way to stand out from the crowd.

But is it able to deliver the complete smartphone experience that Motorola users demand?

I’m really impressed by the design of the Motorola One Macro. Despite having a plastic back, it looks and feels like a premium device. This choice of materials also makes it lighter, less resistant to fingerprints and easier to grip case-free than an all-glass phone.

There’s no getting away from the fact that the front of this phone looks like dozens of other handsets on the market, complete with a teardrop notch (housing the front-facing camera) and fairly sizeable chin. While the 81.3% screen-to-body ratio is perfectly acceptable, I would have happily traded the notch for a slightly larger top bezel.

The screen itself is a 6.2in, 720×1520 LCD panel. This sounds disappointing on paper, but the recent iPhones have proven that lower resolution displays are far from a dealbreaker. 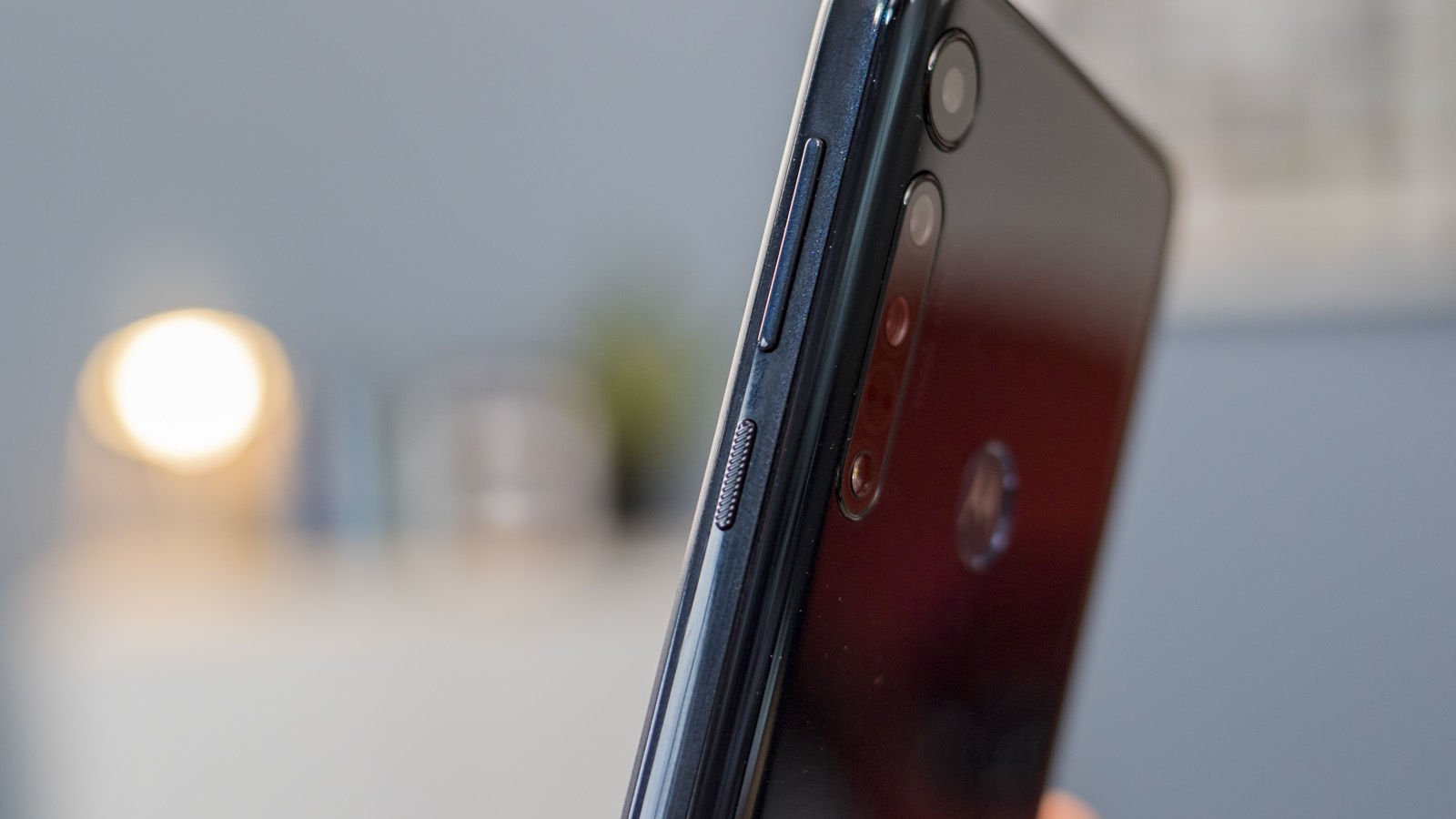 The back of the phone is undoubtedly more exciting to look at. While it only comes in a single Space Blue variant, this colour gradient looks stunning. It’s helped by there being very little else going on on the back of the phone. Triple rear cameras are arranged vertically, while the Motorola logo is cleverly built-in to the physical fingerprint scanner. This gives the device a clean look and feel without the need for excessive branding.

I’m a big fan of the textured power button, which is positioned just below the volume rocker on the right side of the device. All the physical buttons remain tactile and responsive, even when using the supplied clear plastic case.

It’s good to see Motorola retain the 3.5mm headphone jack, an all too rare feature of modern handsets. Charging is via USB-C too, with the port positioned next to a mono downward firing speaker, which produces a surprisingly rich and full-bodied sound.

There are plenty of positives design-wise, and I’m pleased to report it’s a similar situation on performance. Motorola has gone with the MediaTek’ Helio P70 processor, as opposed to something from industry-standard Qualcomm’s Snapdragon line.

However, combining this with a Mali-G72 CPU means the One Macro is able to handle everyday tasks without any issue whatsoever.

Of course, the benchmarks all our phones are tested on provide situations which you might not regularly experience. They aim to test devices to their limits, and the results show how the likes of Xiaomi and Oppo have really pushed the boundaries on what’s capable with regards to processing power.

Mobile gaming was an area where the One Macro fell short a little. Most games were more than playable, but we did encounter some stuttering and lag when playing graphic-intensive title.

This is a minor issue though; if you’re really interested in mobile gaming I suggest you check out our round-up of the best gaming phones. For most people, the One Macro’s general performance will be more than up to scratch. 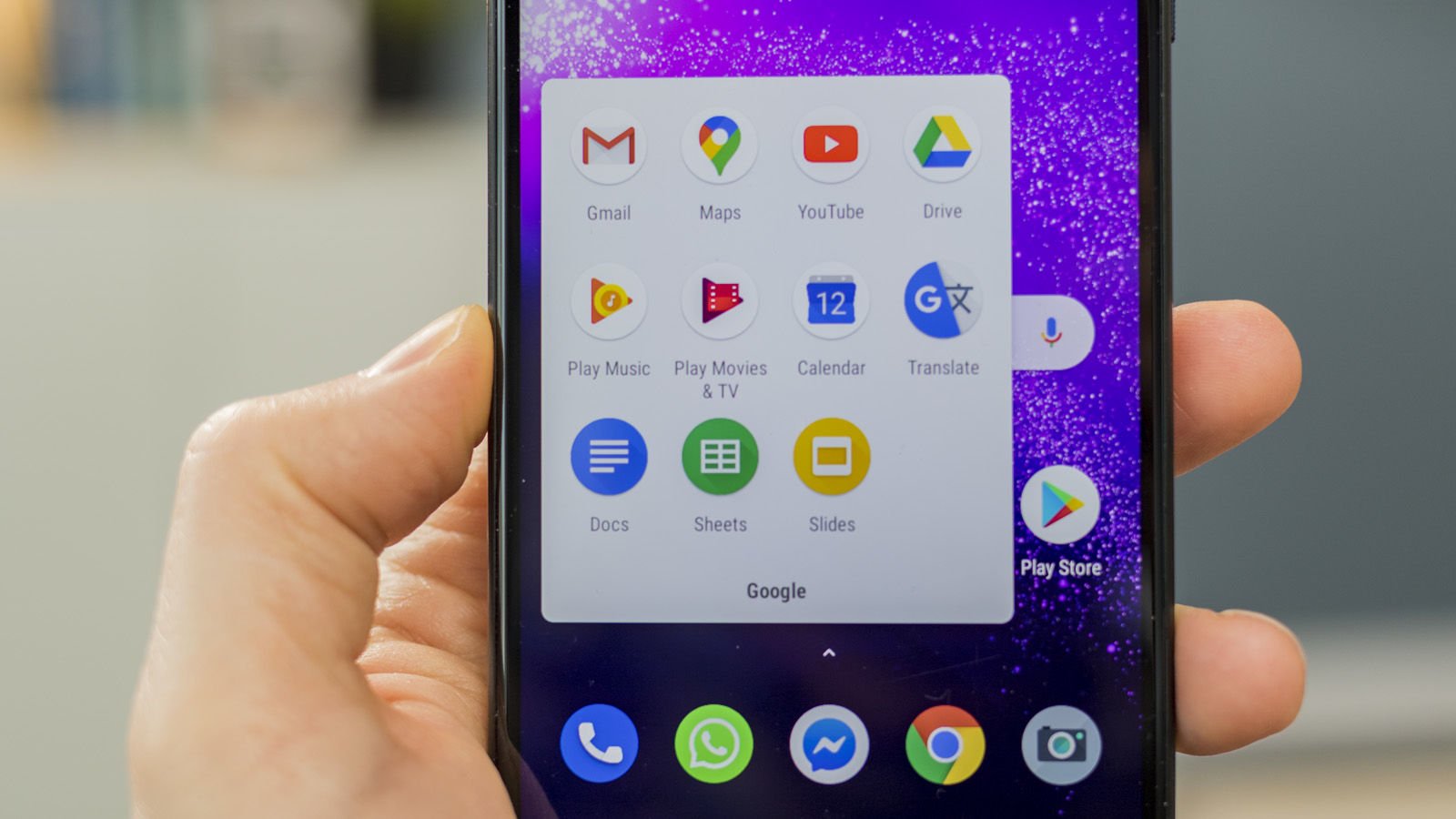 As with all phones in the Motorola One line, the One Macro comes running an almost stock version of Android. In this case it’s Android 9 Pie, although we have no word on whether it will get the upgrade to Android 10.

I’ve been bemoaning the heavy Android skins in recent phone reviews, so this is a welcome change. Motorola endeavours to produce as little bloatware as possible, so there’s no duplicate email clients, calendar apps or utilities. Of course there remains the option to download third-party alternatives via the Google Play Store, the way I’d prefer it to be on all phones.

The only notable addition when compared to Pixel devices is the Moto app, although this feels genuinely useful. In here you’ll find various shortcuts and gestures, as well more control over the way the display responds to you.

There are also useful software quirks throughout Motorola’s interpretation of Android. One of my favourites is the default clock widget on the home screen, which displays the current weather and date in addition to the time. However, tapping each part of the widget will take you to the relevant app: the time goes to the Clock, date to Google Calendar and weather to the weather app.

What’s more, the circle all this information is housed in acts as a quick overview of your current level of battery. I’m glad that’s here, as the battery percentage in the notification bar is barely legible.

ALSO READ  Tesla could get bought out by a tech giant like Apple: Fund manager

There’s a similar design to the always-on display, although this can’t be customised like on other phones.

As I mentioned earlier, there are two biometric options for unlocking your phone in addition to the regular PIN, password or swipe gesture. The face unlock is fine, if a little slow compared to rivals, so I’d recommend using the fingerprint scanner most of the time.

This is fast, secure and reliable, and can also be used as payment authentication. I enrolled the same fingerprint twice for maximum reliability, and never had issues with it not recognising me. 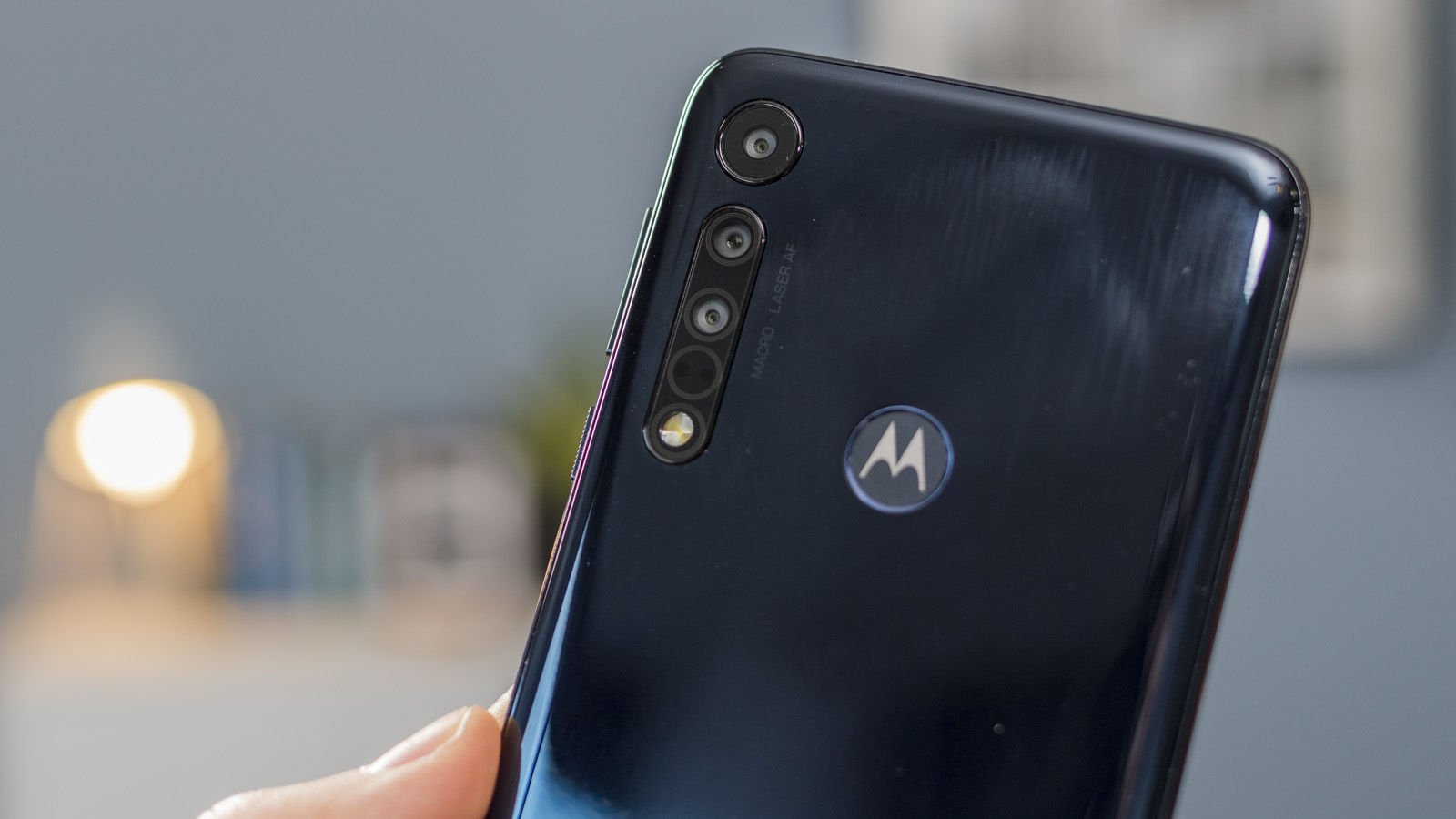 As the name implies, the Motorola One Macro places an emphasis on close-up photography.
In order to achieve this, it has a dedicated 2Mp macro lens in addition to the regular 13Mp camera and 2Mp depth sensor.

This means there’s no telephoto or ultra-wide sensors, which does reduce the camera’s flexibility greatly.

I’m obliged to talk about the quality of shots in the macro mode here, and I have to say I was very impressed. Very few phones I’ve tested have been able to capture this amount of detail at such close proximity.

I was pretty impressed with the shots I got using the macro mode. While it can be a bit hit and miss, flowers were a particular highlight, with the vibrant colours really popping. Being this close to the subject creates a natural bokeh effect in the background, which is pleasing on the eye.

However, I was also impressed with the software-based portrait mode. The One Macro allows you to customise the amount of background blur in each shot before you take it, although there is no option to adjust this after the shot is taken.

Regular shots also have a good level of detail and balanced colours, though they tend to be lacking in dynamic range. Don’t be fooled by what you see in the viewfinder before you take the picture though, as the software processing means you always get a more pleasing end result.

Selfies are pretty decent too, with the 8Mp front-facing camera producing a solid amount of detail. However, colours seem a little washed out at times, and it also has a tendency to overexpose the backgrounds. Many of my tests were carried out in bright environments though, so that may have had an effect.

Check out my full range of samples below, which you might have to click on to view in full:

The One Macro can record up to 1080p video at 30fps. This is pretty standard for modern smartphones, although the lack of image stabilization makes footage look particularly juddery with any significant movement. While it’s nice to be able to save separate stills mid-video, these are often lacking in detail and regularly unusable.

The battery life on the One Macro is solid if not spectacular. It easily lasts a day and a half of moderate usage, but I was hoping for a little more considering the 4000mAh battery and low resolution display.

Nonetheless, it recorded an above average 9 hours and 30 minutes in Geekbench 4’s battery test, and standby time is excellent even with the addition of an always on display. It can’t rival the likes of the Moto G7 Power for pure battery life, but I can’t imagine you’ll have any issues here.

Price and value for money

You can buy the Motorola One Macro for £175.07/US$ from Amazon, while its also available in the UK via Laptops Direct.

This makes it the cheapest Motorola One phone to date, putting it firmly in budget phone territory. However, it faces fierce competition from the likes of the Xiaomi Redmi Note 8T, Oppo A9 2020 and Motorola’s own Moto G7 Power. Whether you should buy it over these other excellent phones will come down to personal preference.

You do get plenty in return for a relatively moderate investment here though, so definitely won’t feel short changed if you opt for this handset.

The Motorola One Macro is the first non-Chinese budget phone I’ve been excited about in a while. The software experience and everyday performance is superb, meaning the user experience is among the best in recent memory.

Compromises are inevitable at this price point, and the slightly erratic cameras and uninspiring front of the phone knock it down a few points.

As such, other options in our best budget smartphone chart offer a more complete package, but there are few better phones if you’re looking for stock Android under £200.

Animal Crossing: New Horizons — How to unlock and use amiibo

Best Fitness Accessories for Yoga at Home in 2020

Yobi B3 HomeKit Doorbell is easy to install and use