The company offers a line of Moto Mod accessories for its smartphones. These include add-ons like a projector, Alexa speaker, and instant camera. But now, it’s taking things to the next level, with a virtual reality headset. It’ll be built for the Moto Z series, according to VentureBeat’s Evan Blass, who tweeted an image of the headset on his personal Twitter account with the caption, “This is a hell of a Mod…”.

That’s all we now for now. Blass, who has a sold record when it comes to leaking gadgets news, provided no other details, such as pricing or a release date. We don’t even know whether this is a Daydream VR headset or a Cardboard one. Presumably, it’ll support Android’s built-in VR platform. It’s also worth pointing out that the headset has a camera hole on the front, unlike other mobile VR headsets.

This is a hell of a Mod… pic.twitter.com/Mah61AYIZr

That might allow your Moto Z phone to capture footage from your point of view while you wear the headset, possibly to serve up some sort of augmented reality experience. But that’s just speculation for now. We’ll keep you posted. 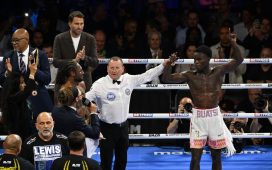