MPs have urged ministers to bring forward their ban on new petrol and diesel car sales by eight years to 2032, to avoid the UK being left “in the passenger seat” in the global switch to electric vehicles.

Government plans for a 2040 ban on fossil fuel-powered cars and vans across Britain were unambitious and did not even show leadership within the UK, given Scotland has set itself an earlier target, the business, energy and industrial strategy committee said.

The group said that although the UK was a world leader on electric cars, ranked fourth globally in sales last year, that status was at risk due to the government being too vague on its targets.

Ministers and officials were unable to explain to the committee, for example, what they meant by their promise to ensure all new vehicles were “effectively zero emissions”. “Zero should mean zero,” said Rachel Reeves, the committee’s chair.

In a report published on Friday the committee said it was unacceptable to have so little clarity on the meaning of the 2040 targets, which was leaving industry in the dark over investment decisions.

Reeves called for the ban to take effect in 2032 to put the UK in the “leading pack” of countries on the transition to electric cars.

“If we want to ensure we have jobs in the car industry in the UK in 20 years time we need to be at the forefront of the electric car revolution,” she told the Guardian.

The Labour MP also criticised the government for sending inconsistent signals, such as cutting grants last week for electric vehicles, a move she said was disappointing and should be reversed.

Mike Hawes, chief executive of the car manufacturers’ group, the SMMT, said 2040 was “already challenging” so 2032 would be “nigh-on impossible”. The energy industry, by contrast, welcomed the committee’s call to bring the ban forward.

The motoring industry has already scored one victory in its pushback over the goals, ensuring that hybrid cars such as the Toyota Prius will not be covered by the ban. The environment secretary, Michael Gove, had hoped to have them banned, but was defeated by cabinet colleagues.

The MPs called on the government to resist industry lobbying, and prioritise clean air and action on climate change.

Transport has become the UK’s biggest source of carbon emissions, overtaking the energy sector which has seen a phase-out of coal and expansion of renewable sources. Conventional cars are also the main cause of the illegal levels of air pollution afflicting dozens of UK cities.

The select committee said that this had to change, and that the charging infrastructure for electric cars was not fit for purpose. Government had devolved much of the work on charging points to local authorities without giving them enough support.

BP Chargemaster, the UK’s biggest charging network, said the key barrier to growth was not the number of chargers but supply constraints holding back the number of electric cars that manufacturers were delivering to customers.

A government spokesperson said: “Our Road to Zero strategy outlined our ambition for the UK to be the best place in the world to build and own an electric vehicle.” 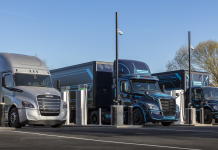 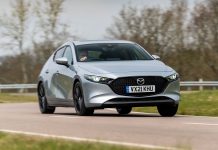 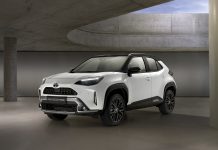 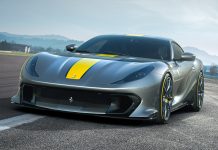