The title of his new autobiography says it all: Mr Le Mans, Tom Kristensen. Except it doesn’t, because for all his record-breaking exploits at the Le Mans 24 Hours, a race that he won a remarkable nine times in 18 attempts, six of them consecutively, there has always been much more to the great Dane than the Big One in France. The best racing driver never to start a grand prix? Probably. But who cares if he never lined up in a Minardi, a Tyrrell or even a decent Williams? That was Formula 1’s loss. Instead, Kristensen chose his own path and built a wonderful career driving a selection of great racing cars in all sorts of fascinating corners of the world. And nearly every time he did so, he was blindingly fast.

The book, written in collaboration with sports journalist Dan Philipsen, was first published in Denmark in 2018 and has now been made available in English. To mark this publication, Autocar caught up with Kristensen to capture a snapshot of his remarkable career.

In the mid-1990s, Kristensen joined the throng of European talent heading east to seek their racing fortunes. For Eddie Irvine, Jacques Villeneuve, Mika Salo and many more, the Japanese scene was a catapult to success in F1 and beyond. Kristensen spent four years there, driving everything from Formula 3 and Formula 3000 single-seaters to Group A saloons and late-era Group C sports cars.

“I went to Japan as German F3 champion, so there was a lot of expectation, and it was tough,” says Kristensen. “I didn’t fly home to Europe between races, I stayed, and that meant I drove a lot of different cars. After a couple of weeks, my F3 team, Tom’s, suggested a drive in Group A touring cars, in a right-hand-drive R32 Nissan Skyline GT-R on Toyo tyres. You needed a staircase to get into that car: it was four-wheel drive and very heavy, a complete contrast to my small, light F3 car – and I loved it. It’s a cult car. 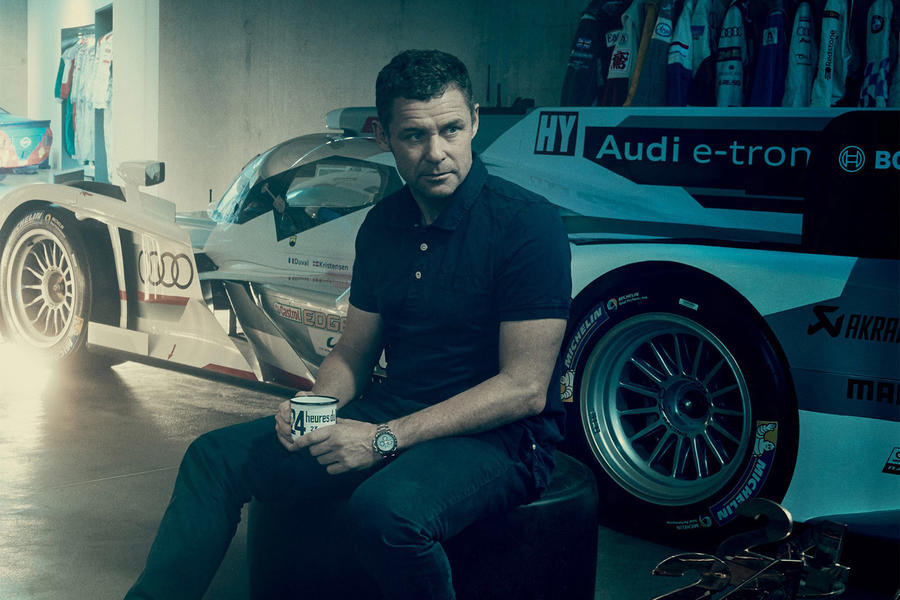 “I also did one race in the Tony Southgate-designed Toyota TS010 Group C car [at Mine, sharing with Irvine and Villeneuve]. That was the most aggressive car that I drove out there. It was very fast and incredibly stiff, with a lovely sounding F1-style 3.5-litre V10 engine.”

Plans to join Toyota at Le Mans were scuppered, delaying his debut at the race by four years. “It wasn’t an endurance car for 24 hours,” he says. “Everything was screaming to the extreme. I can see why they hit some issues at Le Mans.”

Do you remember the first time?

On his return to Europe, Kristensen shone in International F3000, before receiving a fateful call from Ralf Juttner at Joest Racing just a matter of days before the 1997 Le Mans 24 Hours. Joining Ferrari F1 veterans Michele Alboreto and Stefan Johansson, he put in a stunning performance to claim a debut victory. At Goodwood Speedweek last year, he was reunited with the Porsche-powered TWR WSC95 for the first time since.