“These handset makers are competing to grab our supply capacity once taken by Huawei, and I am not sure how much of it is backed up by their actual production forecast,” Murata President Norio Nakajima told Bloomberg. “I feel like the move is overheated, and thus expect their orders to drop in February and March.”

Murata said it is the global leader in multilayer ceramic capacitors, which are used to regulate electric flow in circuit boards, powering electronics from smartphones to cars.

“The industry had 300 million units of 5G smartphones during the current fiscal year, and I expect that to increase to at least 500 million in the next fiscal year,” the president of the Kyoto-based company said, per the report. “We will continue making capital expenditure to keep up with the growing demand.”

Apple, Samsung Electronics Co. and Chinese rivals Xiaomi Corp., Oppo and Vivo are vying to secure components for their devices, hoping to fill a void as Huawei’s mobile business shrinks under the weight of U.S. sanctions. Nakajima said in a December interview that Murata’s factories would not be taking a holiday break as they were working to catch up with orders, noting, “the situation is most severe with our cutting-edge capacitors for smartphone use.”

Swedish telecom equipment giant Ericsson said at the end of last year that the growth of 5G technology and uptake is accelerating beyond what anyone expected.

Ericsson predicted that 15 percent of the world’s population, or more than 1 billion people, would live in areas that have 5G cellular coverage by the end of 2020. And by 2026, Ericsson said the 5G subscription number is now expected to top 3.5 billion users, for a market share of about 40 percent.

About: The PYMNTS Subscription Bundling Report, surveyed a census-balanced panel of 2,962 U.S. consumers to gauge how their attitudes toward bundled subscription services have changed during the pandemic, especially those offered by companies in the streaming sector. The report also examines how the knowledge that a COVID-19 vaccine will soon be available throughout the U.S. could affect their perceptions. 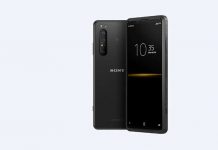