In the crowded second-hand family SUV sector, the Mazda CX-5 stands out as a stylish, well-equipped, reliable and fun-to-drive choice. The current model was launched in late 2017. Forecourt prices start at around £9000 for a high-mileage 2017 diesel but really get going from around £11,500 for ones with fewer miles.

The range is simple. Starting with the trims, from launch there were just two, both well equipped, called SE-L Nav and Sport Nav. In early 2019, they became more enhanced SE-L+ and Sport Nav+ while a new one called GT Sport Nav+ joined the line-up.

The engines are no less straightforward. From launch, there was a single petrol, a 163bhp 2.0-litre unit (which was joined only recently by a 191bhp 2.5-litre) and a choice of two 2.2-litre diesels, one producing 148bhp and the other 173bhp. Later on, the 173bhp diesel was uprated to 181bhp. An automatic gearbox has been an option throughout.

Notice anything unusual? It’s surely those big engines. While other car makers have been busily downsizing and uprating with the aid of turbochargers and hybrid powertrains, Mazda has stuck to the mantra of ‘there’s no replacement for displacement’. Thankfully, they’re all reasonably efficient. 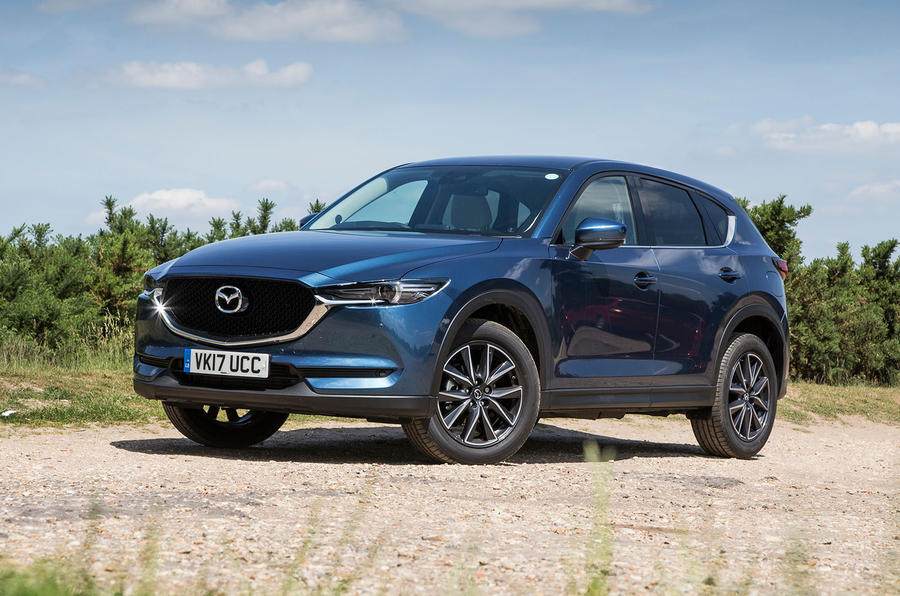 Unsurprisingly, the diesels are gutsy but relaxed performers. There’s not much difference between the two, so you needn’t feel short-changed plumping for the lower-powered unit. The petrol is smooth and an amiable thing to punt around town, but on the open road, you miss the diesel’s effortless power, especially at lower revs.

Availability-wise, petrol CX-5s comfortably outnumber diesels. Manuals outnumber automatics, too, but there are still loads of the latter.

Something else that distinguishes the CX-5 from most of its rivals is that in place of the ubiquitous infotainment touchscreen, it has a rotary controller. It’s not as slick as BMW’s system, but it does the job and is a cinch to use. The CX-5’s interior is roomy and comfortable but not quite up to the quality of an Audi or BMW. If full phone compatibility is important to you, it’s worth noting that Apple CarPlay and Android Auto didn’t make an appearance until 2019.

Aside from checking the service history is complete and the body is free of dings and scrapes (ditto the interior on family-run cars), there’s not much to warn a CX-5 buyer about. Check the sat-nav has its SD card and that it will accept a full postcode; if it doesn’t, a software update may be required. Regarding diesels, make sure there’s no oil smoke or evidence of DPF issues.

Not much, is it? That’s something else that separates the CX-5 from the rest: it’s easy to get along with.

Diesels return between 52mpg and 56mpg on the combined cycle and the petrol 44mpg. The automatic gearbox reduces these figures by around 5mpg.