A “horrific” factory fire in India is believed to have been caused by an electrical short circuit – as relatives of workers trapped inside identified victims from photos on police officers’ phones.

At least 43 people died in the blaze in the capital New Delhi and another 16 were being treated for burns and smoke inhalation.

Firefighters arriving at the blaze where workers were sleeping had to move dozens of bikes and rickshaws before beginning their rescue operation.

There were also hundreds of agitated residents already at the scene, reportedly hindering rescue teams from reaching the site, where there are narrow alleyways with lots of electrical wires.

Eyewitnesses have been describing what they saw when they arrived following the blaze which broke out in the six-storey building at around 5.30am on Sunday.

Mohammad Naushad, who said he carried at least 10 people out of the flames on his shoulders and was one of the first responders, said firefighters and other civilian volunteers braved the fire and managed to rescue dozens of workers.

Mr Naushad said: “But many more could have been saved.”

Mehboob Alam told how his phone rang at 5.04am – it was his 38-year-old nephew, Mohammad Imran, pleading to be saved.

A minute into the call, Mohammad’s voice disappeared and Mr Alam ran towards his nephew in the burning building where loud cries for help could be heard

Mr Alam said: “I knew then and there that he wouldn’t have made it.”

Mr Imran, a father of two, was among those killed who were mostly Muslim migrant workers from the impoverished border state of Bihar in eastern India.

Their work paid as little as 150 rupees (£1.60) a day making handbags, caps and other garments.

When the fire broke out, the workers were asleep between lengthy shifts.

Authorities and medics said most of the deaths were due to people inhaling poisonous gases inside the cramped building.

Media reports said the building’s owner has been arrested by police.

Babar Ali, 32, rescued his sister-in-law Maisuma Bibi who was woken from her bed on the ground floor of the factory.

Mr Ali, who used to work in the same building, said the migrant workers had been fighting for better wages and worked in unsafe conditions.

He added: “Their only fault was they were poor. Why else would someone work and sleep in such a congested place?”

“My thoughts are with those who lost their loved ones. Wishing the injured a quick recovery,” Mr Modi tweeted. 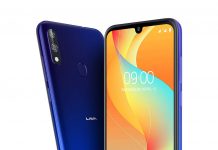 Teens made off with phones and smokes after Coles break in

Flipkart and Amazon gear up for ‘sale day’ this week – smartphones, laptops, apparels and more come with deep discounts

Pixel 4A review: A feature-rich budget smartphone for $349