Peugeot’s two most recent SUVs, the 3008 and 5008, have proved themselves strong contenders on the UK marketplace. Now, to keep it up-to-date with its siblings, the French firm is preparing a total overhaul its baby SUV, the 2008. The new car will probably be revealed at the 2019 Frankfurt Motor Show in September, with sales starting the following year.

These latest spy shots show a heavily-camouflaged 2008 mule undergoing winter testing. It seems it will remain relatively faithful to the design detailed by our exclusive image, with long daytime running lights running down either side of the SUV’s bumper, high-mounted headlights and a large grille.

The new Peugeot 2008 will be based on all-new underpinnings, developed in tandem between PSA and its Chinese partner, DongFeng. Called CMP (Compact Modular Platform), the new architecture is specifically designed for smaller cars and will likely be shared with the upcoming Peugeot 208. 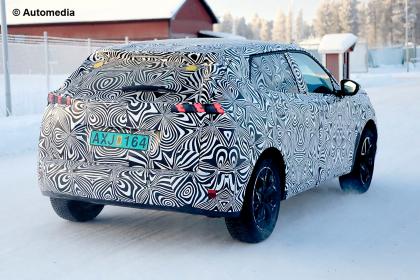 The new 2008 SUV should be slightly longer but usefully lighter than the outgoing model; the CMP chassis weighs around 40kg less than the ageing PF1 set-up that underpins the current 208 and 2008 line-ups.

Peugeot has been working hard to nurture consistency and sophistication in its designs. So, we expect the next 2008 will have lots in common with the new 208, while our spy shots and exclusive concept image previews how it will evolve the 3008’s looks, borrowing its “three-bar” tail-light design.

Expect big changes in the cabin, with a hike in material quality and a totally redesigned dashboard featuring the latest version of Peugeot’s i-Cockpit instrument panel. These may well extend to a fully-digital display across the range, particularly in regions such as the UK, where Peugeot is pitching itself as a manufacturer at the “upper end of mainstream.”

The engine line-up will be based around evolutions of the current 1.2-litre PureTech petrol motor, with power outputs ranging from around 85bhp up to 130bhp. The 2008 will also get PSA’s new generation of 1.5-litre BlueHDi diesels. An eight-speed automatic box should be offered on high-end variants, alongside a standard-issue six-speed manual.

The 2008 will continue to be a road-focused SUV, too. The CMP platform is designed to be front-wheel drive only, regardless of powertrain. Our spy shots follow these expectations; the test-mule in the images doesn’t seem to have a rear differential, nor the means to support one.

Further down the line, probably in time for the next 2008’s mid-life facelift, we can expect 48V mild-hybrid powertrains to appear. PSA announced earlier this year that it’s working with a company called Punch Powertrain on a hybrid set-up – which is based on a dual-clutch gearbox and a 48-volt electric motor – and that it will introduce the technology on products from 2022. 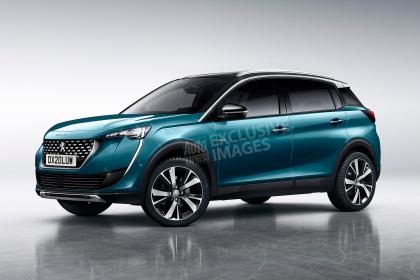 In the meantime, Peugeot will also be able to offer the 2008 as a zero-emissions rival to the Hyundai Kona Electric. Speaking to Auto Express earlier this year, boss Jean-Philippe Imparato revealed he planned to offer pure-electric choices at the lower end of his range. “The rhythm of the transition (towards hybrids and EVs) will not be the same across the regions,” he said.

“The guys in Paris will be electric. The guys who do 100,000 miles per year will be diesel, and the average guy will be petrol. You will buy your Peugeot and you will choose your powertrain.”

The pure-electric 2008 should offer a 280-mile range, and arrive soon after the conventionally powered editions. PSA has promised it will deliver four EVs on CMP by 2021 – likely to be the 2008 and 208, plus the DS 3 and DS 3 Crossback.

What the new Peugeot 2008 has to beat 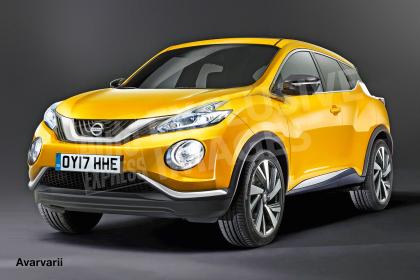 The car that started the small SUV invasion gets an all-new generation in 2019, and the next Juke will introduce Renault–Nissan’s latest CMF-B platform. Expect a more practical interior with upgraded infotainment and quality – but as our exclusive image previews, the styling will stay divisive. 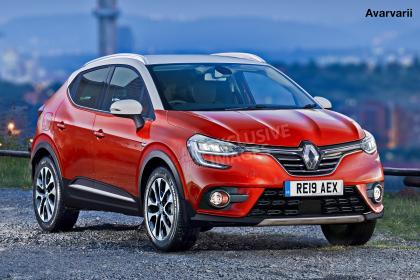 Recent spy shots of a test mule (above) showed how the next generation of Renault’s Captur is going to grow up when it arrives at the end of 2019. The new model is longer and wider than the current car, as Renault tries to deliver more family-car practicality from its baby SUV. 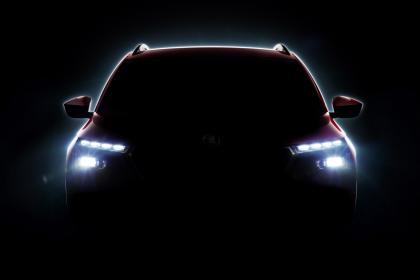 Skoda’s Vision X concept (above) is a good preview of the brand’s forthcoming small SUV, which is likely to be called Anuq. The newcomer will be large for the class, because it’s based on a longer version of the VW Group’s MBQ A0 platform. Hybrid technology could feature, too. 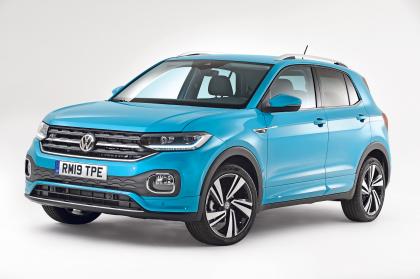 The T-Cross will have been on sale for about a year before the next 2008 arrives, because the ‘Polo SUV’ will make its debut before the end of 2018. It’ll be more of an SUV than its sister car, the SEAT Arona, riding higher and featuring slightly inflated dimensions to boost practicality.

Which new small SUV are you looking forward to seeing? Let us know in the comments below…