There are several big announcements from the Chinese smartphone manufacturers in the month of February. Also, a few more announcements are scheduled for the coming weeks. In case if you have missed out on catching up on all the smartphone-related news from this month, here is our tech news wrap-up for the month of February 2021 to bring you all the noteworthy news in a single post. 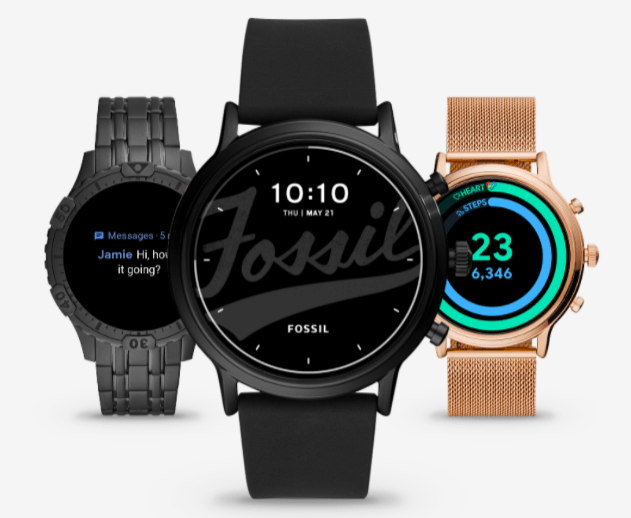 Fossil has launched its latest Gen 5E smartwatch powered by Wear OS in India. It is priced at Rs 18,495 and is currently available on Flipkart. The Fossil Gen 5E comes in 42mm and 44mm sizes and sports a 1.19-inch AMOLED display with 390 by 390 pixels resolution. Under the hood, it includes Qualcomm Snapdragon Wear 3100 SoC along with 1GB of RAM and 4GB of onboard storage. The company claims the Gen 5E Wear OS smartwatch to last more than 24 hours on a single charge. Moreover, it also supports quick charging which can charge from 0% to 80% in just 50 mins. With the built-in microphone and speaker, the smartwatch can also be used for Google Assistant and voice calls. It can be paired with Android and iOS devices.

Samsung has launched yet another affordable smartphone under the Galaxy M series called Samsung Galaxy M02. The device comes with a 6.5-inch HD+ Infinity-V display and is powered by a MediaTek MT6739W quad-core processor clocked at 1.5GHz. The Galaxy M02 will be available in 2GB and 3GB RAM variants. in terms of cameras, there is a 13MP + 2MP dual-camera setup on the rear and a 5MP selfie camera on the front. It runs on Android 10 out of the box with the One UI skin laid on top. It is backed by a 5,000mAh battery and features a MicroUSB port for charging. The device measures 9.1mm thick and weighs 206 grams. It comes in Blue, Red, Gray, and Black color options and is will retail from Rs 6,999.

POCO M3 is the company’s latest smartphone to launch in India. It comes with 6GB of RAM and is available from Rs 10,999. On the front, the device sports a 6.53-inch display with Full HD+ (2340 x 1080 pixels) resolution and Corning Gorilla Glass 3 protection. Under the hood is the 11nm Qualcomm Snapdragon 662 Mobile Platform coupled with Adreno 610 GPU and 6GB of LPPDDR4x RAM. It packs 64GB/128GB of internal storage and also includes a dedicated MicroSD card slot. However, the device still runs on MIUI 12 based on Android 10. The rear camera setup includes a 48MP primary camera, a 2MP depth camera, and a 2MP macro camera. There is an 8MP front-facing camera with an f/2.05 aperture. While the device features a 6,000mAh battery, the company is also offering an 18W fast charging in the box. 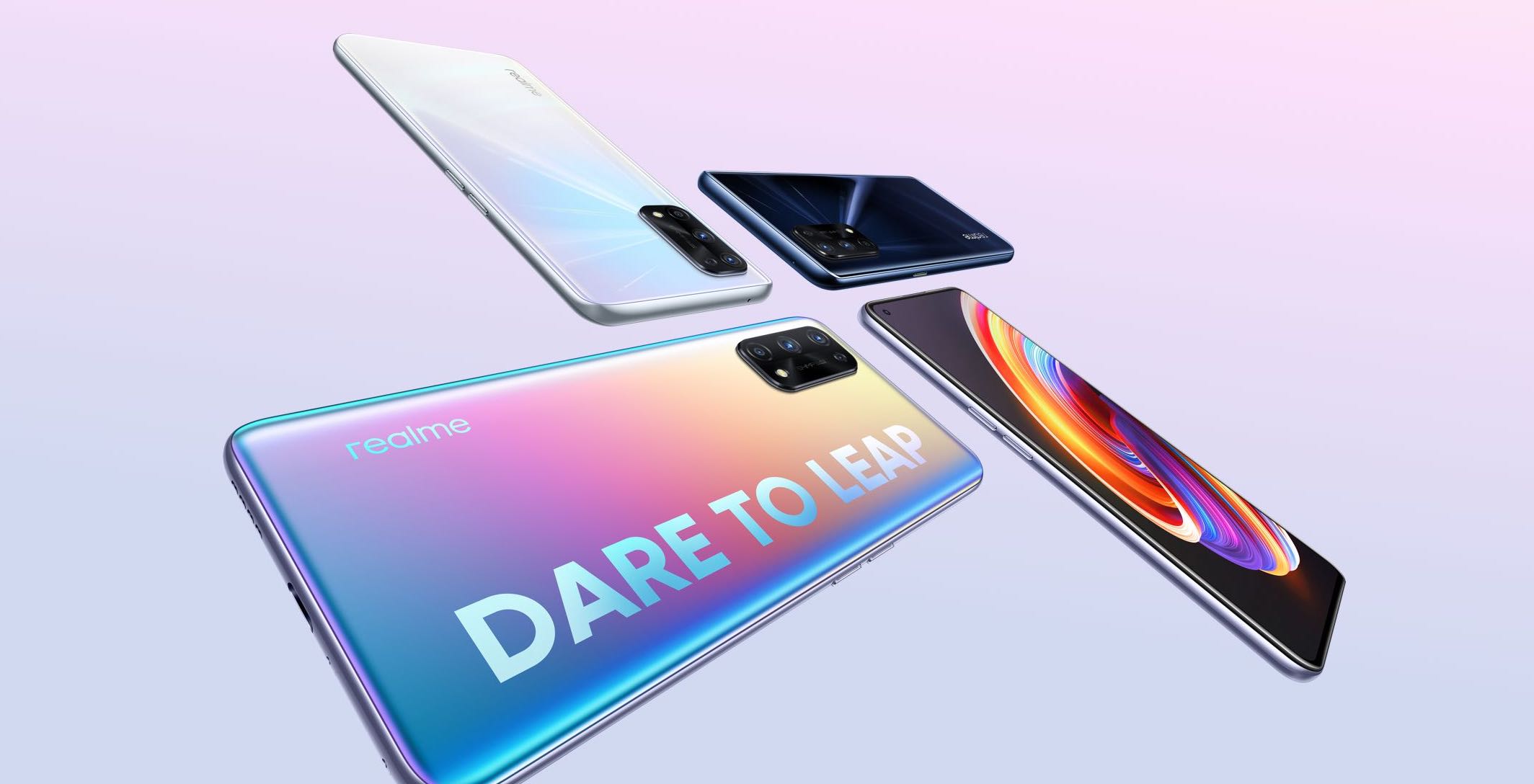 In the first week of this month, Realme has launched Relame X7 and Realme X7 Pro 5G smartphones in India. While the Realme X7 Pro is powered by MediaTek Dimensity 1000+ processor, the Realme X7 gets the Dimensity 800U chipset. Both the devices sport Full HD+ AMOLED displays with punch-hole camera cutout for accommodating the selfie camera. Interestingly, the devices will be running on the Android 10 based Realme UI 1.0 out of the box. However, the company has confirmed to rollout the Realme UI 2.0 update very soon. The Realme X7 Pro with 8GB of RAM and 128GB of internal storage is priced at Rs 29,999. Coming to the Realme X7, it comes in 6GB and 8GB RAM variants priced at Rs 19,999 and Rs 21,999 respectively. 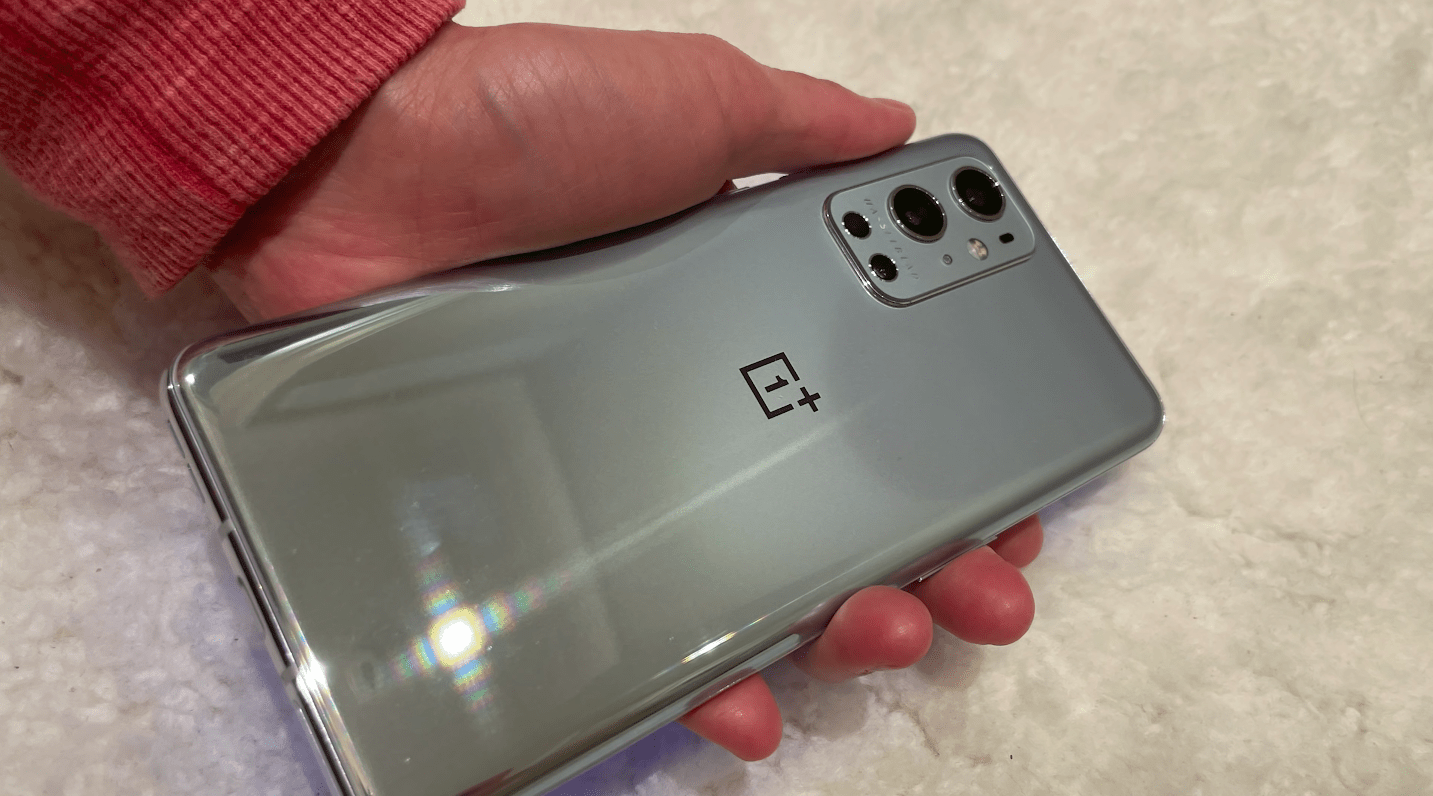 OnePlus is rumored to launch the OnePlus 9, OnePlus 9 Pro, OnePlus 9R, and OnePlus Watch in the coming months. As per the leaked image of the OnePlus 9 Pro prototype, the company might partner with Hasselblad for the camera system of its 2021 flagship OnePlus smartphone. The other leaks also suggest the device to sport a Quad HD+ display with a 120Hz high refresh rate. Obviously, the device will come powered by the flagship Qualcomm Snapdragon 888 Mobile Platform. It might also continue to offer an IP68 rating for water and dust resistance. Speaking of fast charging, the device will likely support 65W wired fast charging and 45W wireless fast charging. While there is no official confirmation, the company might unveil these flagship smartphones by the end of March 2021. 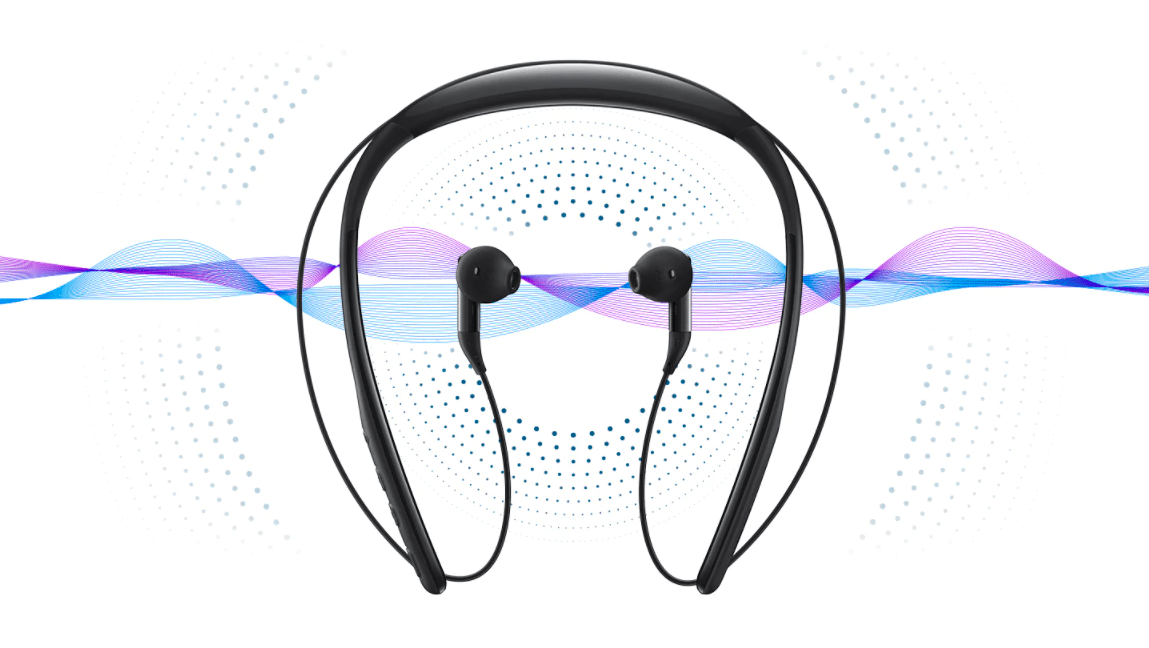 The newly launched Level U2 Bluetooth headset from Samsung is the successor to the Level U that was originally launched in 2016. Samsung has opted for the same neckband style design as its predecessor. One set of ear tips included in the package also features fins for a more secure fit. In terms of audio quality, the Level U2 headset comes equipped with 12mm drivers to offer a balanced and rich audio experience. Coming to the battery life, these will last up to 18 hours of continuous music playback on a single charge. It supports Bluetooth 5.0 and comes with a USB Type-C port for charging. The Samsung Level U2 stereo headset is available in Black and Blue color options. It is currently available online via Flipkart for Rs 1,999. 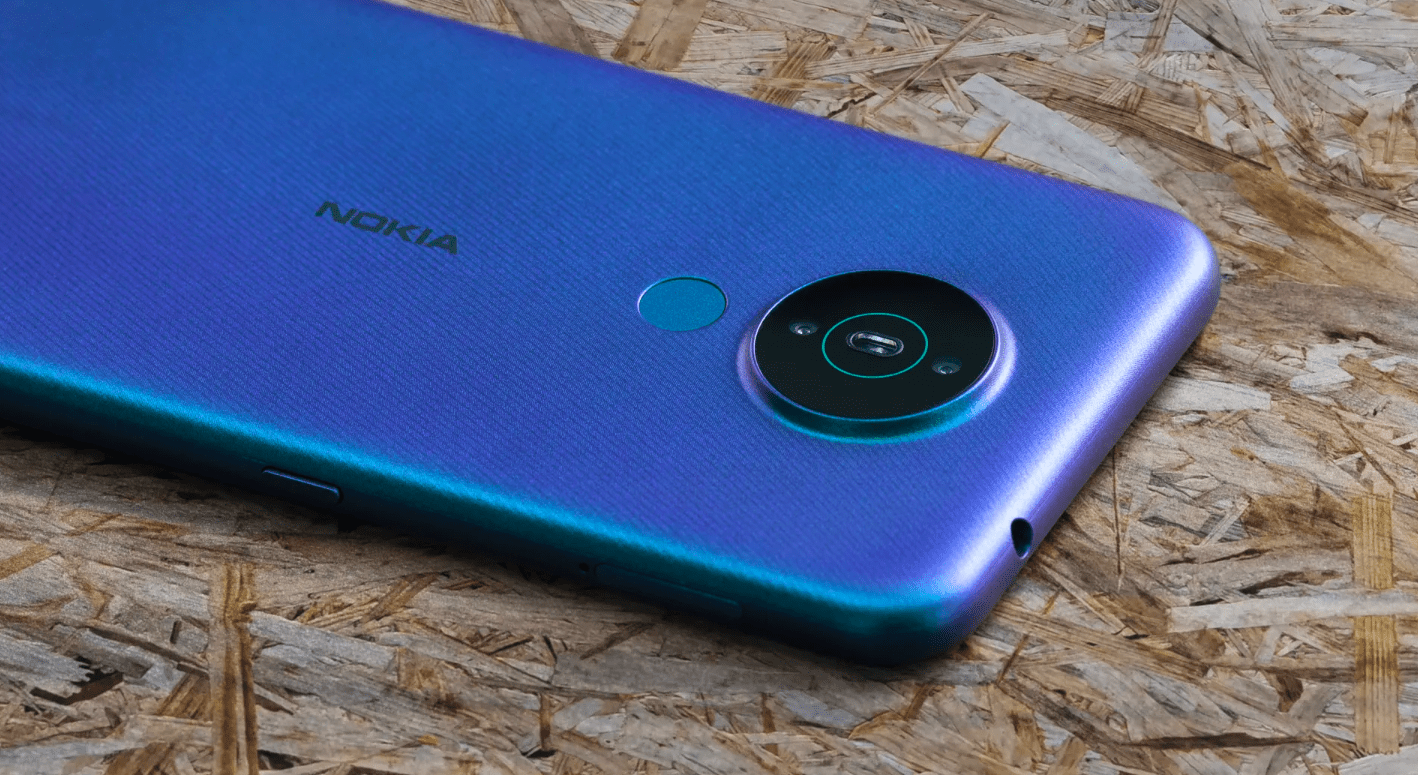 Nokia 1.4 is the latest smartphone to launch with Android Go Edition OS. It is currently available in Europe for €99 and will soon go on sale in global markets. The 2021 Nokia 1 phone comes with a 6.5-inch HD+ display. It is powered by a Qualcomm Snapdragon 215 Mobile Platform and comes with up to 3GB of RAM and up to 64GB of internal storage. There is 8MP + 2MP dual cameras on the rear and a 5MP single camera on the front. While the device runs on Android 10 (Go Edition), it is upgradable to Android 11 (Go Edition). There is also a fingerprint scanner on the rear of the device. It also features a dedicated hardware button for accessing Google Assistant. It packs in a 4,000mAh battery and supports 5W charging input.

Samsung Rolls Out One UI 3.0 Update For Galaxy M30s 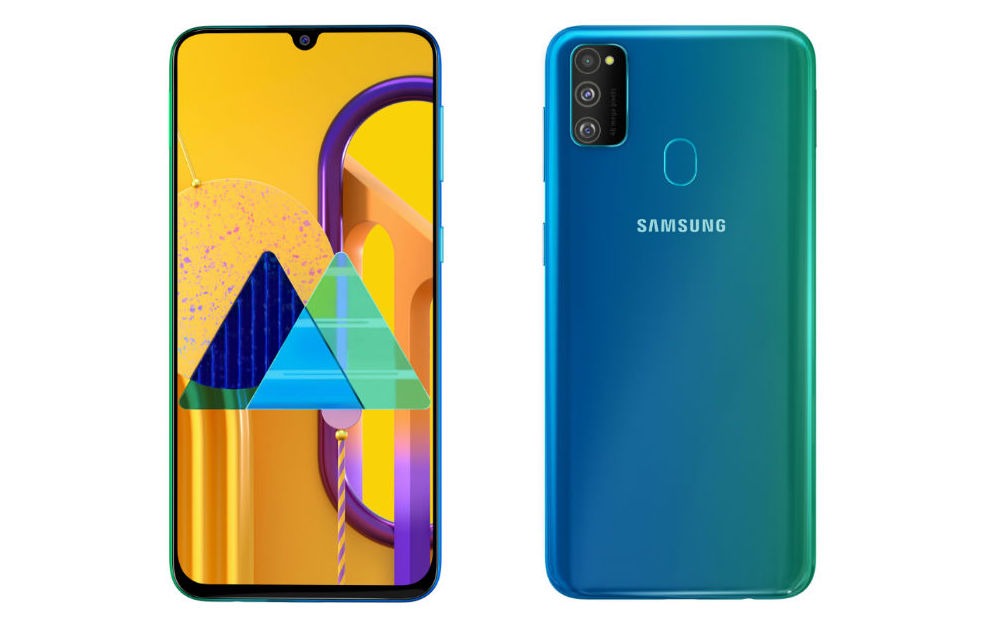 Samsung has initially started rolling out the Android 11-based One UI 3.0 update for the flagship Galaxy S and Galaxy Note smartphones. Recently, the company also updated the Galaxy M31, Galaxy M21, and Galaxy F41 smartphones to the latest version of One UI. Now, the Galaxy M30s becomes the latest budget Samsung smartphone to receive the One UI 3.0 Android 11 update. As per the company, the enhanced dynamic memory allocation in the One UI 3.0 will also improve the performance of the device. A few enhancements can also be found in the default camera app like improved autofocus and auto exposure. Also, the Gallery app gets new search features and categories.

Xiaomi has announced the flagship Mi 11 smartphone in Europe. It comes in Midnight Gray and Horizon Blue colors and will retail from €749. Unlike in China, the company is offering the 55W GaN fast charging inside the retail box. The device comes with 2 years of warranty and 1 year of free screen replacement. Speaking of the specifications, the Mi 11 features a 6.81-inch Quad HD+ AMOLED display with a 120Hz high refresh rate and HDR10 + support. The 5nm Snapdragon 888 Mobile Platform on this device comes coupled with 8GB of LPPDDR5 RAM and 128GB/256GB of UFS 3.1 flash storage. Moreover, the in-display fingerprint sensor can also be used for heart rate monitoring. The Mi 11 packs a 4,600mAh battery and supports 55W wired fast charging and 50W wireless fast charging. 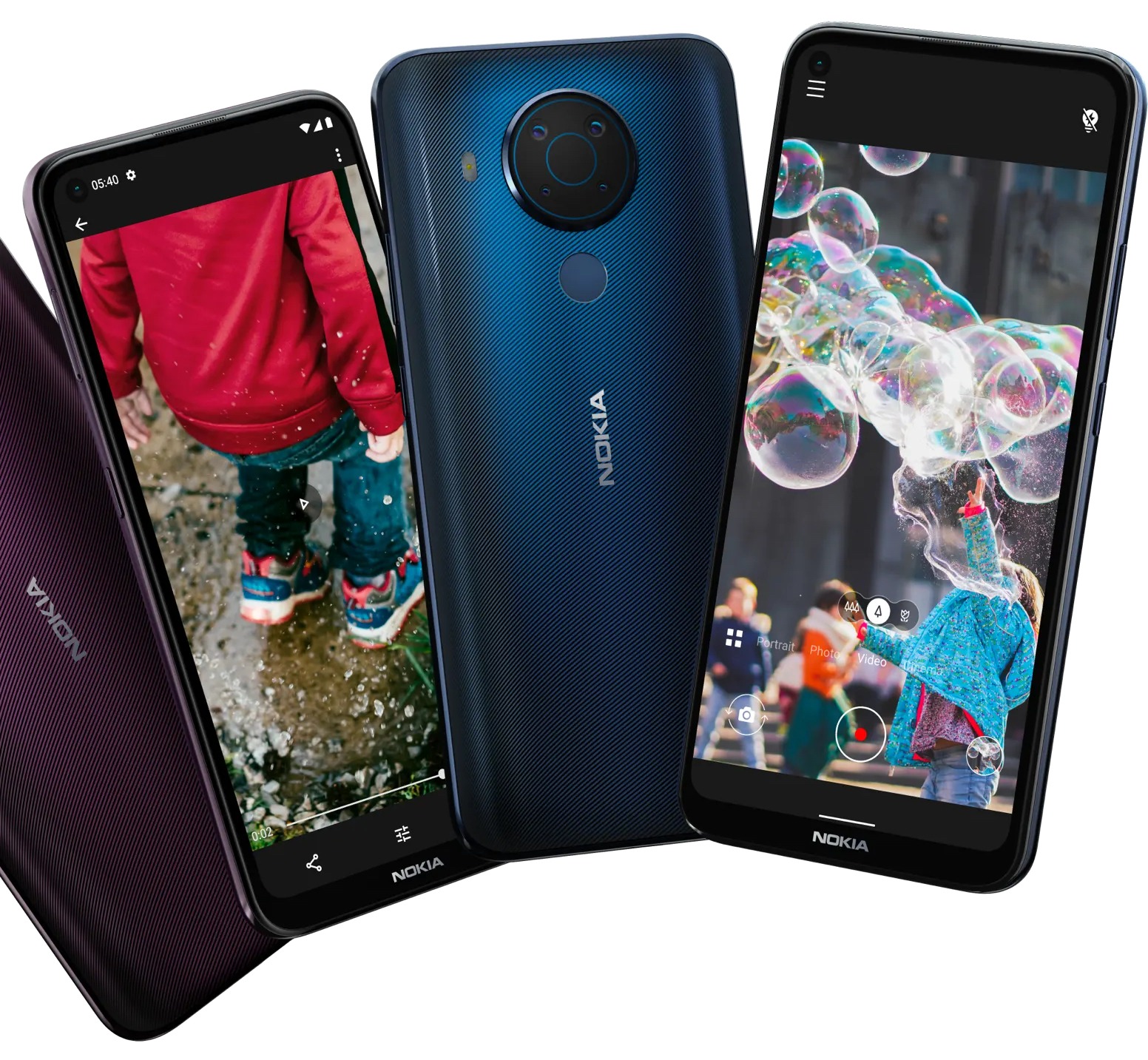 HMD Global has launched the Nokia 5.4 and Nokia 3.4 smartphones in the Indian market. The Nokia 3.4 sports a 6.39-inch HD+ display and is powered by Qualcomm Snapdragon 460 Mobile Platform. While the Nokia 5.4 also comes with the same display, it features a slightly better Snapdragon 662 Mobile Platform. Both devices run on Android 10 out of the box and are upgradeable to Android 11 and Android 12. The Nokia 3.4 with 4GB of RAM and 64GB of internal storage is priced at Rs 11,999. On the other hand, the Nokia 5.4 comes in 4GB and 6GB RAM variants and is priced at Rs 13,999 and Rs 15,499, respectively. The company also launched the Nokia Power Earbuds Lite in Snow and Charcoal colors. These new TWS earbuds will be available on Amazon.in for Rs 3,599. 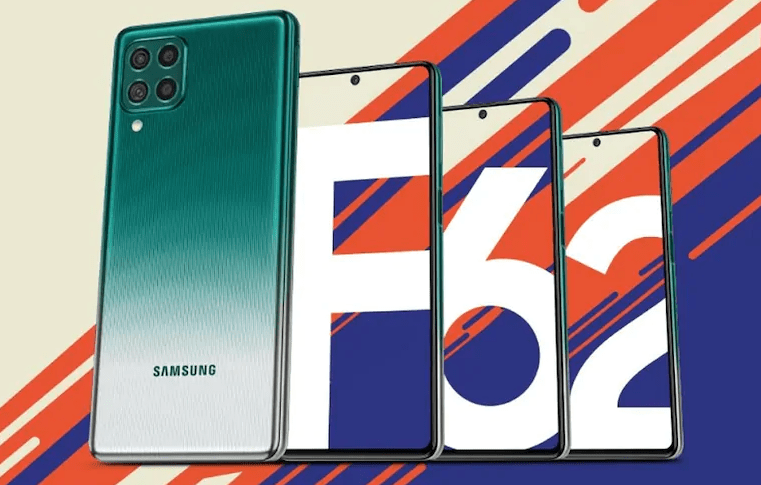 Samsung has officially launched the Galaxy F62 in India. The device comes powered by the 7nm Exynos 9825 octa-core processor coupled with Mali-G76 MP12 GPU. The device will be available in 6GB+128GB and 8GB+128GB storage variants. On the front, it features a 6.7-inch Infinity-O Super AMOLED display with Full HD+ resolution. The quad-camera setup on the rear includes a 64MP primary camera, a 12MP ultra-wide-angle camera, a 5MP depth camera, and a 5MP macro camera. For selfies, there is a 32MP front-facing camera with an f/2.2 aperture. It runs on Android 11-based One UI 3.1 out of the box. It also includes a 7,000mAh battery with 25W fast charging support. The Samsung Galaxy F62 will be available in Laser Green, Laser Blue, and Laser Grey color options. 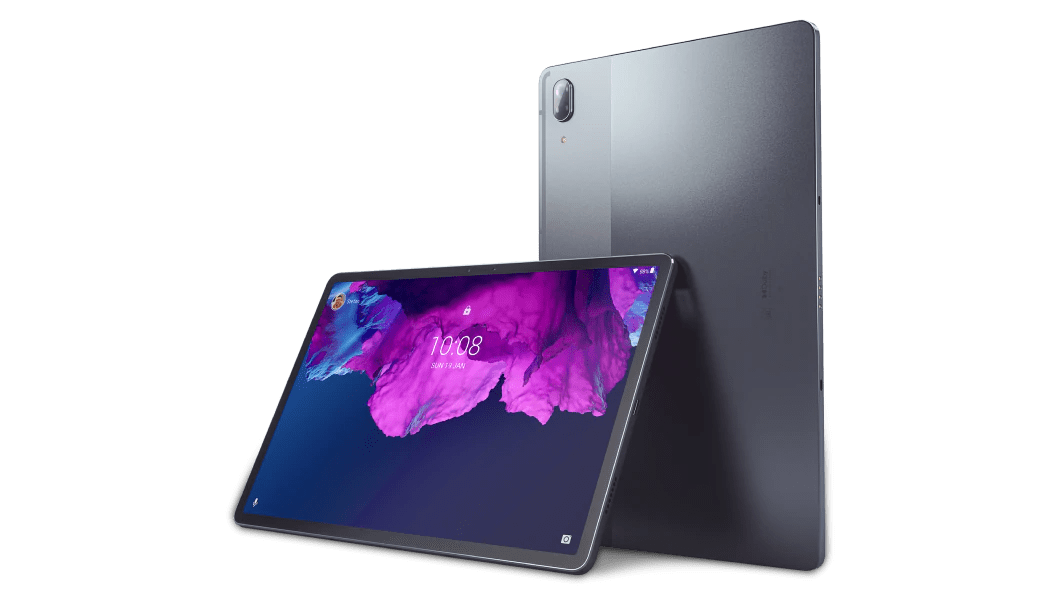 After launching several budget Android tablets in the last few months, Lenovo has launched a new high-end tablet called Lenovo Tab P11 Pro in India. It comes with a large 11.5-inch 2K OLED display with Dolby Vision support. Under the hood is the 8nm Qualcomm Snapdragon 730G Mobile Platform coupled with Adreno 618 GPU and 6GB of RAM. There a 13MP primary camera and a 5MP ultra-wide-angle camera on the rear. On the front, the Lenovo Tab P11 Pro features an 8MP primary camera, an 8MP IR camera, and a ToF 3D sensor. The tablet also sports a quad-speaker setup with Dolby Atmos support. It packs an 8,600mAh battery and supports Quick Charge 3.0 fast charging technology. It comes in Slate Grey color and retails for Rs 44,999.