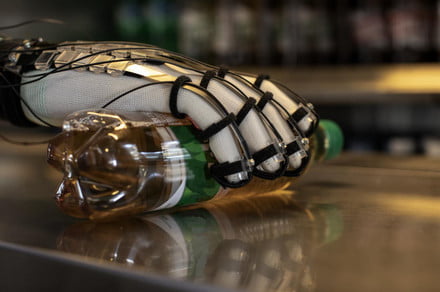 Virtual reality can be a truly immersive experience, but a touch of an object in the virtual world doesn’t quite equate to a physical touch you would expect in real life. That is exactly what scientists from EPFL and ETH Zurich have worked to address with newly developed thin and light VR gloves.

Called Dextres, the glove comes in at less than 8 grams per finger and allows for haptic feedback in “unparalleled” freedom of movement when touching objects in the virtual world. The glove is also 2mm thick and is currently powered by a thin electrical cable. However, the system is low voltage and the scientists developing the project are working to use a very small battery instead.

Designed of a nylon material, the glove features thin elastic metal strips over the fingers. Those strips are separated by a thin insulator, which can react whenever contact is made with a virtual object. As part of the reaction, an onboard controller applies a shock to the metal strips, which causes them to stick together. That, in turn, creates a braking force which then blocks the movement of the fingers, signaling that a virtual object is being held. Once the virtual object is dropped, the voltage is then again removed to allow movements once again.

“The human sensory system is highly developed and highly complex. We have many different kinds of receptors at a very high density in the joints of our fingers and embedded in the skin. As a result, rendering realistic feedback when interacting with virtual objects is a very demanding problem and is currently unsolved. Our work goes one step in this direction, focusing particularly on kinesthetic feedback,” Otmar Hilliges, head of the Advanced Interactive Technologies Lab at ETH Zurich, said in a statement.

The Dextres glove improves on current VR gloves by removing a bulky exoskeleton, pumps, and thick cables. It is a step in the right direction and researchers are looking to scale up the glove and bring it to other parts of the body using conductive fabric. Though just a concept for now, the technology definitely looks promising for gamers and the augmented reality field. It might even be something that NASA can use in training. 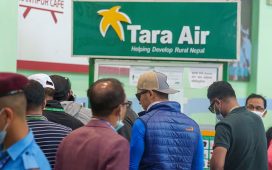