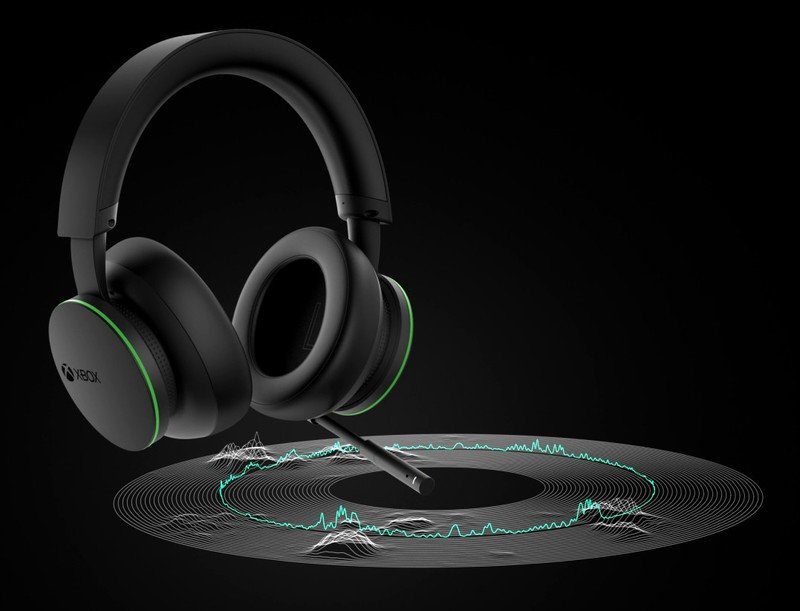 Microsoft just unveiled the Xbox Wireless Headset, its first cable-free headphones designed for Xbox consoles, PC, and mobile devices. With various gaming-tuned features at an attractive mid-range price tag, they’re shaping up as an official solution with value to impress. But they enter an increasingly competitive market, with many of the best Xbox One wireless headsets delivering leading value at lower prices than ever.

But the new Xbox Wireless Headset appears well-geared to the average Xbox owner, pitched with “best in class” audio and a rich assortment of social features. Preorders are already live ahead of their March ship date — and here’s what you need to know.

Microsoft launches its new Xbox Wireless Headset on March 16, 2021, with global availability slated for all Xbox markets. It’s designed to work with Xbox One and Xbox Series X|S consoles, but with extended compatibility with Windows PCs, mobiles, and other Bluetooth-enabled devices. The Microsoft Store opened preorders on February 16, but it’s also headed to third-party retailers like Amazon, Best Buy, and Walmart.

Microsoft has opened Xbox Wireless Headset preorders, providing your opportunity to lock down its latest cable-free cans ahead of their scheduled launch date. With the high demand for gaming hardware in early 2021, they’re expected to sell fast over the days ahead. The Microsoft Store is the first to open preorders, available direct from the manufacturer, priced at $99 in the U.S.

Microsoft has cooked up its first official wireless headset for Xbox gaming, promising leading audio quality in the price bracket, advanced social features, and a sleek all-black design. They’re an affordable cable-free solution, with preorders now live ahead of their March debut.

The Xbox Wireless Headset will also be available from select third-party retailers, including many locale storefronts in your region. We’ll add new preorder links as they go live across the world.

Xbox Wireless Headset: What you should know

The Xbox Wireless Headset is an upcoming wireless gaming solution from Microsoft, its latest official solution to accompany its Xbox consoles. It works wirelessly with Xbox One and Xbox Series X|S devices and PCs and mobile phones. It boasts an ergonomic design, inspired by past Microsoft hardware, with refinements to consider voice chat and social experiences. Microsoft hopes the accessory raises the bar in the space, packing a ton of features at a relatively low asking price. The notable features include:

The Xbox Wireless Headset aims to deliver the first official wireless audio solution direct from Microsoft, but ahead of release, details remain somewhat limited. The full Xbox Wireless headset specifications follow, based on what we know so far.

The company is yet to talk about the hard specifications often discussed among audiophiles, from frequency response to speaker size, all influential in sound quality. Instead, current specifications boast available features, apt for a headset focused on delivering a leading experience without a crazy premium price tag. Features like an auto-mute microphone and mic monitoring improve comfort — while Xbox Wireless and the open Bluetooth standard make connectivity easy. Unusual metrics like 15-hour “unused” battery life also raise questions, which doesn’t exactly translate to how most use a gaming headset.

Microsoft enters a crowded and competitive space with its new Xbox Wireless Headset, the latest cable-free contender in console gaming audio. It’s targeting the mid-range with its $99 RRP, touting “best in class” audio, from a leading soundscape to various gaming-geared features. While more expensive cans often reserve the convenience features, it’s poised to bring “more value” to the sub-$100 price bracket — in theory.

There’s no breakdown of the Xbox Wireless Headset internals, meaning we don’t fully understand how compromises determined the low asking price. Microsoft has attributed some of the headset’s strengths to its own Xbox Wireless protocol, aiming to deliver high quality and low latency tuned to gaming. And like many of the best Xbox One headsets, expect it to elevate single-player epics or pinpoint the patter of enemy footsteps in Call of Duty.

The headset also packs considerations for voice chat, another fundamental component of online gaming. You have the usual volume control and voice and game chat mixer, represented by twin on-ear dials, not dissimilar from the prior Microsoft Surface Headphones. Dual beamforming microphones claim to eliminate background noise, while mic monitoring subtly plays back your voice in real-time for more natural speech. It also has an “auto-mute” feature that blocks sounds if not speaking, although optional through system settings.

It all comes with what looks to be relatively impressive construction, from the durable materials chosen to ergonomic design. While plastic, its metal interior reinforces the overall build, with accents on common touchpoints, like rubberized dials. The headband is also adjustable, with “ultra-soft” polyurethane leather to enhance comfort. It comes in a single black colorway, with a hint of green to match the Xbox identity.

But the connectivity is the standout, as the most affordable headset with onboard Xbox Wireless, coupled with the open Bluetooth standard. The Xbox protocol allows for improved sound, also compatible with Xbox One and Xbox Series X|S. The optional Bluetooth pairing also enables you to take this far beyond Xbox consoles, pairing with PCs and mobile devices.

The biggest question currently sits with battery life, where provided figures leave us a little uncertain about what to expect. It quotes up to 15-hour battery life when not used, which assumedly references its standby time when powered on but not connected to active devices. The figure will drop considerably when in use, suggesting that compromises may prove evident here.

The new Xbox Wireless Headset sets out to deliver an affordable gaming headset for Xbox One and Xbox Series X, flaunting the best traits from higher-priced alternatives. While sound quality remains to be heard, it’s feature-rich and functional, delivering a hardy wireless contender for less.

The new Xbox Wireless Headset isn’t expected to shake up headsets but instead provides an official solution in the mid-range. Other recommended Xbox headsets cost you around the same, providing fierce competition with their ever-expanding lineup of features. Top contenders look to be the Turtle Beach Stealth 600 and SteelSeries Arctis 1, both Xbox Wireless-enabled gaming headsets, priced at $100 in the U.S.

The key differentiator with Microsoft’s cans comes from compatibility, where Xbox Wireless returns, with onboard Bluetooth. This pronged approach is unheard of at this price, trumping its closest rivals for the sheer number of compatible devices. Microsoft also makes strides in design, from sleek twist dials and robust materials, matching the Xbox identity.

But the Turtle Beach Stealth 600 has been a best-seller in recent years, as with the SteelSeries Arctis 1, both seeing high demand in 2021. The Stealth 600 just got a second-generation makeover with even more features, with crisp audio, reliable connectivity, and up to 15 hours of battery. You’re also getting top-quality sound with the SteelSeries Arctis 1, well-equipped with features, and up to 20 hours when fully juiced.

We’ll need to wait on real-world tests for the final verdict, but the Xbox Wireless Headset looks poised to keep up with (or exceed) the competition. A likely contender to join the best headsets for Xbox Series X and Xbox Series S in 2021.