His idea of a smartphone for Rs 251 vanished without a trace but not Mohit Goel. The Noida-based entrepreneur, who had started the company Ringing Bells and named the phone it planned to launch ‘Freedom 251’, has been popping up on the police radar since. This time, Goel stands accused of cheating scores of dry fruit traders in what police say is a Rs 200-crore fraud. Goel, who was running a company called Dubai Dry fruits and Spices Hub with five others, was arrested on Sunday evening near Meghdootam Park in Sector 51. Among police’s immediate recoveries were an Audi, 60 kg dry fruits and documents. The company operated out of Corenthum, the premier office complex in Sector 62, and paid a rent of Rs 3 lakh per month. Police said they had received at least 40 written complaints of fraud against it from traders across the country in Punjab, Haryana, UP, West Bengal, Rajasthan, Delhi, Karnataka, Andhra Pradesh and a few other states. Goel and at least four others ran the company. Among their employees were three foreigners, who handled the front office as receptionists, police said. 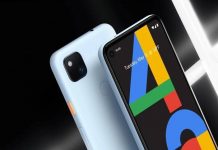