NOIDA: His idea of a smartphone for Rs 251 vanished without a trace but not Mohit Goel. The Noida-based entrepreneur, who had started the company Ringing Bells and named the phone it planned to launch ‘Freedom 251’, has been popping up on the police radar since.
This time, Goel stands accused of cheating scores of dry fruit traders in what police say is a Rs 200-crore fraud.
Goel, who was running a company called Dubai Dry fruits and Spices Hub with five others, was arrested on Sunday evening near Meghdootam Park in Sector 51.

Noida-based entrepreneur Mohit Goel, who had started the company Ringing Bells and named the phone it planned to la… https://t.co/hm6ZjaSbEu

Among police’s immediate recoveries were an Audi, 60 kg dry fruits and documents.

Goel was arrested on Sunday evening near Meghdootam Park
The company operated out of Corenthum, the premier office complex in Sector 62, and paid a rent of Rs 3 lakh per month. Police said they had received at least 40 written complaints of fraud against it from traders across the country in Punjab, Haryana, UP, West Bengal, Rajasthan, Delhi, Karnataka, Andhra Pradesh and a few other states. Goel and at least four others ran the company. Among their employees were three foreigners, who handled the front office as receptionists, police said.

Additional CP (law and order) Love Kumar said Goel and the others would win the trust of traders by placing orders and paying on time and giving partial advance payments. “Later, they would stop making payments, and the cheques issued by them would bounce. The accused would then get fake cases lodged against the traders under CrPC 156 (3) by approaching court,” he said, adding Goel and the others used dummies as managing directors and other senior posts.
Kumar said while they agreed to buy the dry fruit at a slightly higher than usual prices from traders, they sold the consignments in the open market across NCR for much higher but didn’t make full payment to those they bought the stocks from.
Police said Goel, Sumit Yadav, Praveen Singh Nirwan and Rajiv Kumar alias Mursafil Lashkar were those running the company and Om Prakash Jangid, who was arrested along with Goel, had been officially appointed proprietor. Police said they would place orders for consignments of dry fruit from across the country and pay 40% through net banking. The rest they paid in cheques, which bounced.
An FIR was first lodged against the company on December 24 last year when a trader Rohit Mohan, who has a company in Sector 65, filed a complaint.
Police said while Goel was arrested for the Ringing Bells fraud in 2017, he subsequently formed a firm by the name of Master Freedom Company and offered a mobile for Rs 2,399 and an LED TV for Rs 9,900. This ran into trouble as well with FIRs lodged in Noida, Ghaziabad, Jalandhar, Panipat, Gorakhpur and Haldwani.
In 2018, Goel and Manoj Kadiyan formed a company by the name of Family Off Dry Foods India Pvt Ltd, which attracted an FIR in Bareilly. Along with Kadiyan and Pradeep Singh Nirwan, Goel formed Shri Shyam Tradings Dry Foods in Gurgaon. Later, another company by the name of Ayurvedic Commodities was created. An FIR was lodged at Sector 58 police station in connection with this firm.
On Monday, the bail plea of Goel was heard at Surajpur court even as complainants gathered outside and raised slogans against him. Mohit was represented by multiple lawyers but was denied. “The accused had tried to strongly defend himself to get bail but it was opposed by us on the basis of strong evidence and he was denied bail,” said ACP Rajnish Kumar.
Mohit, an MBA, has a stay on his arrest in at least three cases, including those in connection with Family Off Dry Foods India Pvt Ltd, Shri Shyam Tradings Dry Foods and Ayurvedic Commodities. 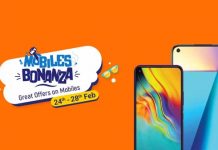 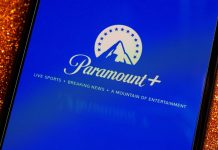 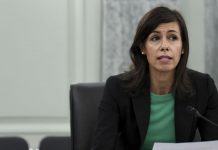