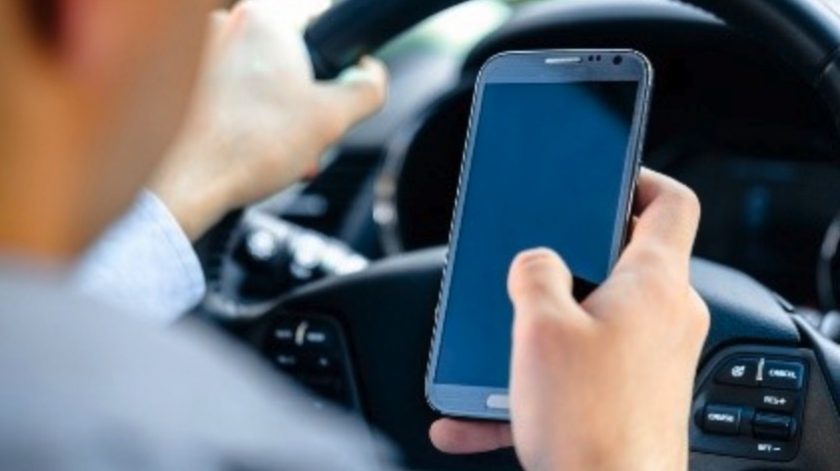 North Wales Police is taking part in a national crackdown against road users who use their mobile phones behind the wheel.

The campaign – which runs throughout February – is being coordinated by the NPCC (National Police Chief’s Council).

During the period, officers will be out and about in the region on the lookout for people who use their mobile phone behind the wheel.

Acting Sergeant Gerallt Williams of the Roads Policing Unit said: “Using a mobile phone behind the wheel remains a serious concern to police.

“National statistics suggest that drivers who use mobile phones behind the wheel are four times more likely to be involved in a collision.

“Along with drink/drug driving, speeding, not wearing a seatbelt and driving carelessly, using a mobile phone behind the wheel, whether it be texting, using an app, or making a phone call is classed as one of the ‘Fatal 5’; the 5 most common causes of fatal road traffic collisions.

“The majority, if not all, road users know that it is against the law to use their mobile phone while driving, yet some still decide to do it anyway with many even trying to hide it down by their laps in a bid to avoid being caught.

“There is no excuse. Drivers risk a £200 fixed penalty ticket and 6 penalty points if they use a mobile phone while driving. If the matter is dealt with at court, the penalties can increase with car drivers being fined up to £1000 and HGV and bus drivers up to £2500, they may also be disqualified from driving.

“We’d also like to emphasise that if you are a new driver, and you do receive 6 points within the first two years of passing your test, then your licence would be revoked by the DVLA.

“Road safety is everybody’s responsibility and we will continue to work with our road safety partners to continue to make it socially unacceptable to use a mobile phone behind the wheel.

“This is not just about the penalties – we also need to remind people that they risk hurting or killing an innocent person on the roads by either checking that text, uploading onto social media or taking that call. Don’t do it – and don’t let others take the risk either.”

As well as enforcement, the campaign will focus on educating drivers about the dangers of driving whist using a mobile phone. Throughout the operation the force will be issuing messages through the @NWPolice and @NWPRPU social media accounts using the #Fatal5 and #StandingUpForHangingUp hashtags.

Get notified about
news from across North Wales