Norway has become the first country in the world where the majority of new car sales are pure-electric cars, spurred on largely by demand for Volkswagen Group EVs.

Norway’s EV sales now make up more than 10% of Europe’s as a whole, where just 4% of new cars are fully electric. The Nordic country claims a similar advantage over the UK, where EVs comprise just 6.6% of new cars currently.

Volkswagen’s ID 3 electric hatchback was the third most popular car, with 7754 units sold, despite only being launched in September, just below the Tesla Model 3 (7770 sales) and above the Nissan Leaf (5221 sales).

The rapidly increasing popularity of EVs in Norway comes courtesy of the country’s generous tax breaks for zero-emission cars, imposed as part of a goal of becoming the first country to end the sales of combustion-engined cars by 2025.

The CEO of the Norwegian Road Federation (OFV), Oeyvind Thorsen, told a news conference that Norway is “definitely on track to reach the 2025 target”. According to current plans, this would be five years before the same milestone is reached in the UK.

These Cars Might Be Ugly, But They’re Still a Blast to Drive – Bloomberg

What is Transportation as a Service (TaaS) in the Context of Investing?

The batterymaker leading the charge towards 2030’s diesel ban : CityAM 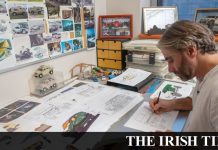 E-waste will power your EV one day