Fox Sports understands Cleary has asked Barrett to lay off with the public push to release Burton.

The Panthers have recently told Burton the club’s off-season plan to play him at right centre now appears unlikely.

So with Burton unlikely to make Penrith’s best 17 NRL side, Canterbury-Bankstown will continue the push for the Dubbo product to shift to Belmore immediately.

It’s a fascinating and delicate dynamic between Panthers coach Cleary and ex-assistant Barrett.

The pair piloted Penrith into the club’s first grand final since 2003 last year before new Canterbury-Bankstown coach Barrett departed to take up a three-year deal as head coach at Belmore. 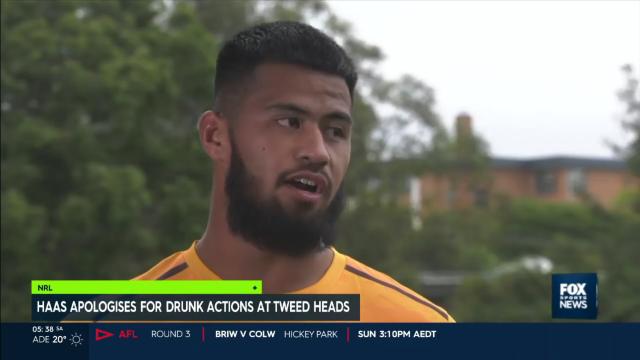 Haas apologises for his drunk behaviour

But there’s even deeper history from when Barrett was Cleary’s assistant at Penrith the first time around in 2015 before taking up a head coaching position with Manly.

The Panthers put Barrett on gardening leave back in 2015 over concerns he may try and poach some of the club’s best talent.

Which means this Burton scenario is a delicate balance.

On Tuesday morning, Panthers coach Cleary picked up the phone after Burton’s latest request for an immediate release.

The Panthers are publicly holding firm about refusing to release the rookie playmaker unless the club can gain a player to strengthen its roster.

When it gets to this stage where clubs are talking about player swaps the reality is it’s probably only a matter of time before Burton becomes a Bulldog.

Over the course of the last fortnight, Canterbury-Bankstown front rowers Dylan Napa and Ofahiki Ogden have been discussed in a possible swap scenario.

Despite the Panthers hatching a plan to play Burton at right centre this season the club has recently informed the 20-year-old that now appears unlikely. 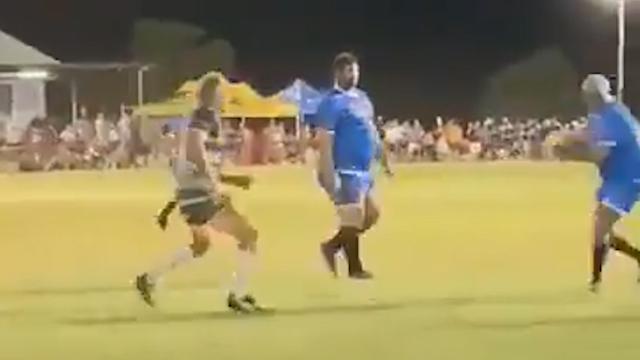 ‘Coal Train’ Taylor has still got it!

This means the Dubbo product must wait in line behind Penrith playmakers Nathan Cleary, Jarome Luai and Tyrone May for an opportunity in the halves.

Last year on the Panthers run to the grand final, the Fox Sports Lab shows how Cleary and Luai were paired together for 21 out of a possible 23 NRL games.

The only games halfback Cleary missed were when he was suspended by the NRL over the TikTok videos.

Get all the latest NRL news, highlights and analysis delivered straight to your inbox with Fox Sports Sportmail. Sign up now!!!

Burton was selected in the Panthers line-up for rounds three and four before making another three NRL appearances all off the interchange bench.

With the Panthers also recently signing Wests Tigers centre Paul Momorovski in a player swap with Daine Laurie, Burton’s path in the centres is also blocked.

Bulldogs major sponsor Arthur Laundy weighed into the standoff on Tuesday when he pointed out Cleary negotiated a release from Wests Tigers to join Penrith at the end of 2018. 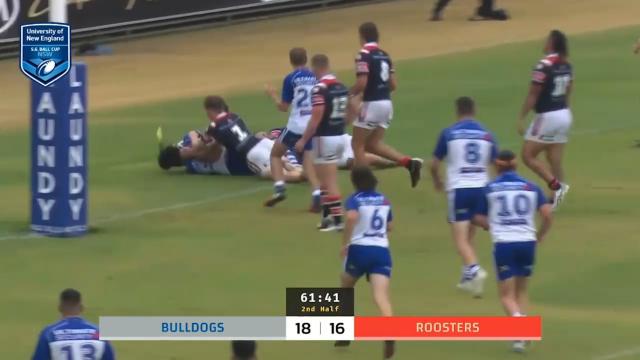 The NRL’s next BIG thing

The Panthers have also released Zane Tetevano, Josh Mansour, Jack Hetherington, Dean Whare and Daine Laurie over the summer – all of whom were under contract.

The smart money suggests the Panthers will eventually release Burton to join Canterbury-Bankstown.