Oculus has made its standalone mobile virtual reality headset more widely available across UK stores. It has also been released in Canada and Europe.

You could previously buy Oculus Go from oculus.com in 23 countries, including the UK and US, but there are now many more outlets carrying it. For example, you can get it from Amazon.co.uk here.

Unlike the established Oculus Rift, also made by the Facebook-owned company, Oculus Go is a headset that does not require an external PC source. Nor does it require a separate smartphone to provide the screen and brains of the device.

You get all the technology needed to play VR experiences and games in the headset itself, plus a wireless controller.

It has a 2560 x 1440 LCD display (1280 x 1440 for each eye) and a spatial audio system that provides virtual surround sound without the need for separate headphones.

The display refreshes at between 60Hz and 72Hz, depending on the software, and the whole device is driven by a Qualcomm Snapdragon 821 mobile VR system-on-chip. Battery life is claimed to last between 1.5 and 2 hours of gaming, 2 and 2.5 hours for video viewing.

Oculus claims that more that 1,000 games and experiences are available for the Go already. 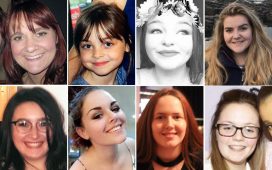