“In a world where you can be anything, be kind.” This was the message posted by Caroline Flack on Instagram in December 2019. She died by suicide, one year ago today.

The message – and resulting hashtag, #BeKind – was swiftly shared across social media in an outpouring of sympathy for Flack – and as a means of countering the public scrutiny she had received.

This “kindness rebellion” was initiated by Lucy Alexander, whose son died by suicide in 2017, and thousands took up her message to push for progress: online trolls were urged to consider the impact of their words, and media outlets were begged to rethink the way they cover – and, sometimes, condemn – celebrities. A petition calling for action over online abuse was signed more than 850,000 times. Many believed that meaningful change was finally coming.

So, one year on from Flack’s tragic death, have we become any kinder?

It’s been a year to pay particular attention to our virtual behaviours as it is; because it’s one in which our collective professional and personal lives have moved almost exclusively online. So, what has that done for the already-troubling prevalence of online abuse?

The results are sobering: it would seem that rather than being “kinder” during the past year, much of which was spent locked down, online abuse is as bad as ever – even, quite possibly, worse. A report by online abuse charity Glitch discovered that nearly half of women and non-binary people had experienced abusive comments since the pandemic started last March, with Black women and non-binary people subject to the highest amount of trolling.

The survey looked at where the nasty comments were coming from, and 84 per cent of people said they’d been targeted by unknown accounts. Yet despite tech companies promising to make platforms a safe and secure place for all users, the majority of it was also shown to take place on mainstream social media platforms such as Facebook, Twitter and Instagram.

The impact the Covid-19 outbreak – and the effects of moving in and out of lockdown – has had on our mental health is difficult to quantify. Yet it would be easy to presume that with most of us relying on the internet for a social life, a support network and to retain some sense of “normality”, we need empathy and understanding more than ever. The hashtag, #BeKind, is trending again on the anniversary of Flack’s death – and it’s clear we need it.

A year on, Black footballers like Marcus Rashford are still receiving thousands of racist comments online; and Meghan Markle has spoken out about the “almost unsurvivable” online abuse she experienced.

At times, the amount of unkindness wrought from one person to another, online, can feel overwhelming. “We’re guests in a male space,” read one woman’s testimonial in the Glitch report. Other survivors shared that receiving online trolling made them feel afraid and vulnerable; said their work had suffered as a consequence, and had no confidence in the moderators of certain websites, “as they allow it”.

Rashford described it as “humanity and social media at its worst,” and Instagram subsequently vowed to remove accounts of people who spread hatred. The picture-sharing app also vowed it would develop measures to help reduce abuse sent by DM (Direct Message).

Glitch, and campaign group End Violence Against Women, are now urging tech organisations to put concrete plans in place to moderate content, increase transparency surrounding the complaint process and invest in digital education programmes. The charities also want employers to take the mental health concerns of their workers seriously – and to ask the government to refocus on developing an online harms policy.

But perhaps we need to look a little closer to home to really reach our goal of being “kind”. Yes, big tech needs to work harder to tackle the problem – but each and every one of us plays a part in it, too. We all have the responsibility to try and be a little kinder to ourselves, and to each other. Before it’s too late.

If you are experiencing feelings of distress and isolation, or are struggling to cope, The Samaritans offers support; you can speak to someone for free over the phone, in confidence, on 116 123 (UK and ROI), email jo@samaritans.org, or visit the Samaritans website to find details of your nearest branch.If you are based in the USA, and you or someone you know needs mental health assistance right now, call National Suicide Prevention Helpline on 1-800-273-TALK (8255). The Helpline is a free, confidential crisis hotline that is available to everyone 24 hours a day, seven days a week. 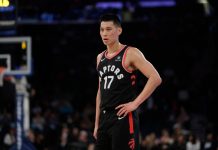 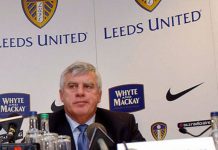 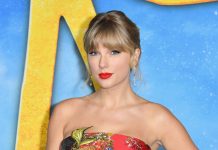 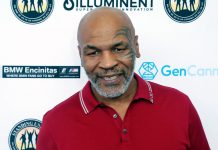 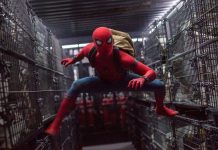 Spider-Man 3 movie title revealed to be No Way Home