Taking phone calls and using social media while driving is dangerous and the outcome could cost drivers more than a fine.

That is why SA Police is targeting drivers using mobile phones in a state-wide week-long blitz, Operation Fatal Distraction.

Officer in Charge of the Traffic Services Branch Superintendent Bob Gray said the operation would focus on distraction based offences in relation to mobile phone use, interacting with social media and other behaviours which cause inattention.

“Even if you’re just driving a short distance to the supermarket or doctors, there’s no excuse for even just glancing at your phone,” he said.

“Crashes can happen in a split second – if your eyes are on your phone, you won’t see changes before it’s too late to take action.

“There’s so much uncertainty going on in the world right now.

“But one thing that’s certain is that causing a crash or taking a life because you picked up your phone is not the choice you want to make.”

Last year distraction was a contributing factor to 46 deaths on SA roads, but in 2020 there have already been 24 lives lost due to distraction.

Aarogya Setu app may be pre-installed in new smartphones 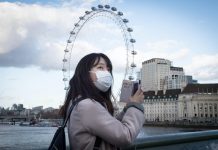