If you want to know how fast the electric car has come in the last dozen years, consider that the Audi E-tron concept I drove on a closed section of the Pacific Highway back in 2009 offered 314bhp, enough for a 0-62mph time of 4.9sec, a top speed of 125mph and a range of 150 miles.

It or something very like it was going to go into production in 2011. But it never happened. Or at least it took another decade.

Compare such numbers with those of the car that will actually finally make it to the showroom. The RS E-tron GT now has over double – yes, double – the power. It will be electronically held back to 155mph and will go almost twice as far, 280 miles, on a single charge.

But there is one other big difference too: today’s E-tron weighs more than half a tonne over the carbonfibre-structured, plastic-bodied show pony I drove 12 years ago.

I was intrigued by the car, particularly by its clean, uncomplicated modus operandi. There was no noise, no gears, no nothing. At the time, I wrote: “It was performance stripped back to its barest bones. It could almost have been a conveyor belt.” 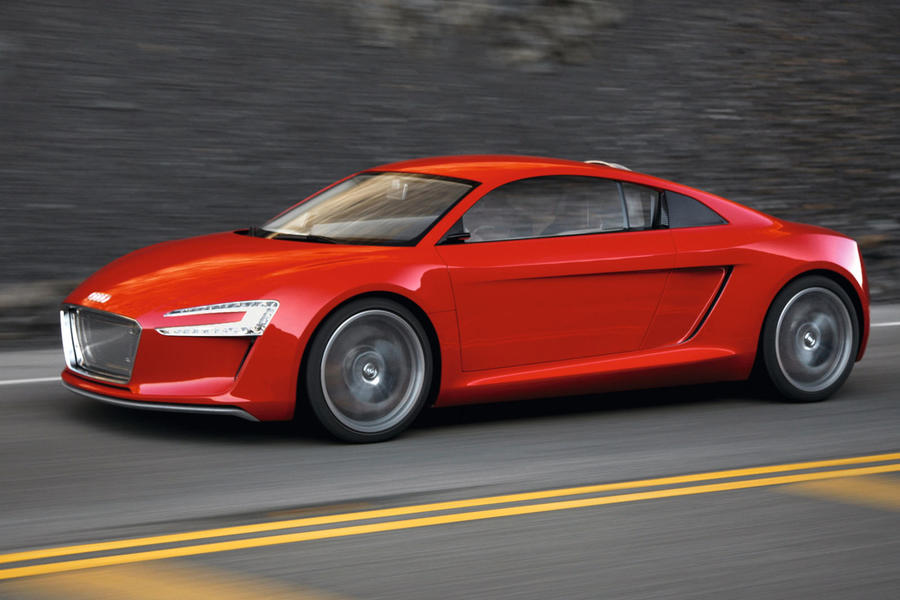 The E-tron of yesterday was, of course, very different to the E-tron of today. Back then it was conceived as an addition to or even a replacement for the R8, although they had nothing other than visuals in common. It had the most literal form of four-wheel drive with each wheel being driven by its own motor, harvesting so much energy when you lifted off the throttle that the brake pedal was redundant in all situations bar emergencies.

But although I admired the car and regarded it as a fascinating technical accomplishment, as a thing to drive, it left me if not quite cold then little more than lukewarm. And for all electric cars have achieved in the interim, that’s one crucial factor that hasn’t changed at all.

Promoted | Audi E-tron GT: in the design team’s own words