Oppo has recently confirmed that it will launch its Oppo Reno 2 series on 28 August. This series will be launched in India first and then in other countries. Just like Oppo Reno, Oppo Reno 2 is also expected to come with a Shark-fin shaped selfie camera and as for the rear camera, it will sport a quad-camera setup that will have 20 X zoom capability.

These detailed were revealed by the company itself via a tweet. Ahead of this official smartphone lineup launch, My Smart Price has revealed that the company will launch three smartphones in this upcoming lineup — OPPO Reno 2, OPPO Reno 2Z, and the OPPO Reno 2F. The website has also leaked the specs of the three devices.

As per the My Smart Price report, Oppo Reno 2 is expected to feature a 6.55-inch AMOLED screen with a 20:9 aspect ratio. Unlike the other premium smartphones, it might come with an under-display fingerprint reader. It is likely to be equipped with a Qualcomm Snapdragon 730G SoC. It might be available in 8 GB RAM and 256 GB storage variant. It might run on  Android 9.0 Pie-based ColorOS 6.0.1.

On the camera front, the report reveals that Oppo Reno is expected to come with a 48MP Sony IMX586 camera sensor, an 8 MP camera, a 13MP camera with 5x hybrid zoom, and a 2MP depth sensor on the back.

As for the front, it is expected to feature a 16 MP Sharkfin camera with a flash. The smartphone is expected to house a 4,000 mAh battery that supports VOOC 3.0 fast charging.

Talking about the pricing, the report reveals that this smartphone will price under Rs 35,000.

According to the My Smart Price report, Oppo Reno 2Z will feature a 6.53-inch AMOLED screen with Full HD+ resolution and will run on Android 9 Pie-based ColorOS 6.0.1. It might be powered by a MediaTek Helio P90 processor and will come in 8 GB RAM and 256 GB storage variant.

As for the camera, it will also come with a quad-camera setup at the back and will use a 48MP Sony IMX586 camera sensor. As per the report, it will come with one 8 MP and two 2 MP camera in the setup. It might feature a pop-up selfie camera of 16 MP on the front. Oppo Reno 2Z is also expected to pack with 4,000 mAh battery.

The report doesn’t reveal much about Oppo Reno 2F specs but it does suggest that this smartphone might price around Rs 20,000 and might feature a quad-camera setup at the back with a 48 MP primary camera (Samsung ISOCELL Bright GM1). 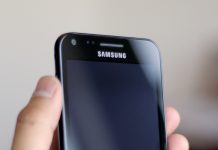 Samsung notification on phones was ‘a test’

This Is What Americans Think of Foldable Smartphones

Huawei clarifies how to use Google on future smartphones

Six signs your children are addicted to their mobile phones