OnePlus unveiled the new OxygenOS 13 on the side of the new OnePlus 10T smartphone in New York today. This already gives us an impression of the software that will be based on Android 13 in OnePlus’ future. What is the “Aquamorphic” design about and what new features are there? You can find out here at NextPit!

The new design of OxygenOS 13: What is “Aquamorphic”?

According to OnePlus, they have raised OxygenOS to a new evolutionary level with version 13. An important piece of the puzzle is the new design, which OnePlus calls “Aquamorphic”. “Aqua” alludes to the versatility and natural, calming character of water. “Morph” represents the high-tech aspect and, according to OnePlus, shows up in minimalistic icons, animations and textures.

As you can see from the icons in the image, OxygenOS 13 relies on soft and rounded edges. OnePlus wants all design elements to be both useful and visually appealing. Widgets are made accessible by a long press and the colors of the design intelligently adapt to the time of day. Means for you: In the morning, the design of OxygenOS 13 is brighter, while after sunset it is displayed darker and calmer.

Functionally, OnePlus wants to ensure an even smoother experience. The following new, respectively improved, functions are supposed to ensure that:

The AI System Booster has been optimized and is supposed to ensure an even more stable and smoother performance. The memory management systems allow several apps to be stopped at the same time. The always-on display has also been improved. More AODs are available in OxygenOS 13, and they can now be customized even better according to your needs.

According to OnePlus, the most important new features include an improved user experience with the Smart Launcher and Sidebar Toolbox functions, improved gaming thanks to HyperBoost, higher audio quality with Spatial Audio, Dolby Atmos, Fast Pair and Audio Switch, as well as sharing options with Nearby Share and app streaming.

The Smart Launcher, for example, lets you access apps faster by making folders larger on your home screen. The apps in these folders can then be tapped and opened without having to open the folder itself first.

The Sidebar Toolbox is supposed to ensure that you can act more smoothly one-handed on the OnePlus smartphone. In addition, the HyperBoost Gaming Engine has been boosted. The result: The touch response rate has been improved and frame rate fluctuations are less noticeable.

OxygenOS 13 also makes a quality leap when it comes to sound. The OS supports Spatial Audio, and Dolby Atmos is also supported. Thanks to Fast Pair, you can connect your device to supported devices, whether smart TVs or headphones, in a matter of seconds. If you want to switch from one device to the other, that is also possible thanks to Audio Switch.

Finally, Oxygen OS is not only supposed to be prettier and more functional, but also more secure. For this purpose, it offers you more control over what you share with which apps. For example, OxygenOS 13 automatically warns you about risky apps and downloads, and it also protects your location even when you connect to a public Wi-Fi network. Finally, Private Safe 2.0 secures your data—whether documents or media files—in a virtual vault that other apps cannot access.

We will find out how the interaction between OxygenOS 13 and Android 13 works in practice later this year. The OnePlus 10 Pro is supposed to get the open beta of OxygenOS 13 soon. According to OnePlus, the brand-new OnePlus 10T will also get it this year.

What do you think about the new version? This is your big chance to praise or criticize the upcoming interface before OnePlus fan Antoine does – he is currently on vacation. 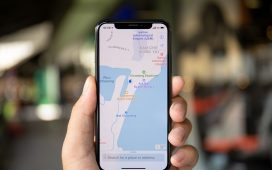