Following Foxconn’s decision to expand its reach beyond China, Apple’s other contract manufacturer now plans to do the same. The Financial Times reports this morning that Pegatron will build production capacity in three new countries: India, Indonesia, and Vietnam.

Currently, Pegatron accounts for about 30 percent of Apple’s assembly orders. The company thus far has relied almost entirely on China, but it now intends to change that with its expansion to Indonesia, Vietnam, and India.

Regarding the expansion beyond China, Pegatron president SJ Liao said the company will announce more details soon. The rate of expansion, however, will depend on the ongoing trade war between the U.S. and China, he added.

Pegatron made no mention of Apple in its announcement, but it is hard to ignore the connection between Pegatron and Foxconn’s plans, and reports suggesting high-end iPhone assembly will soon commence in India. Further, the Chinese smartphone and consumer electronics markets have slowed recently, causing companies to focus on other large markets like India.

Currently, Foxconn has plants in both India and Vietnam, but does not yet make any Apple devices there. However, a report last week claimed that Foxconn executives are set to visit India next month for discussions about manufacturing flagship iPhones in the country.

A report in December made similar claims, saying Apple plans to assemble “top-end iPhones” in India starting as early as 2019. Currently, Wistron is Apple’s sole iPhone assembler in India, making the iPhone SE.

This weekend’s report from The Financial Times also adds that recent regulatory filings from Foxconn show that it has invested $213.5 million into an Indian subsidiary and acquired land use rights in Vietnam. This further corroborates reports of expanded iPhone production in the country. 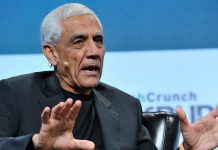 0-Day Vulnerability in Sign In with Apple Rewarded with $100,000

Animal Crossing: New Horizons — The best activities to do with friends