Pegatron has already solved the issue of labor shortage at its plants in China and has made prompt shipments allowing its major brand client to start delievering its new smartphone models in late October, according to company chairman TH Tung.

Though he did not disclose the names of the new products or the client, Tung was obviously referring to the new iPhone devices, according to industry sources. The company is a key assembler for iPhone XR, and it has also secured orders for iPhone XS Max, added the sources.

Tung’s remarks are tantamount to a denial of rumors that claimed Apple had lowered the proportion of iPhone XR orders allocated to Pegatron to 35%, and switched more orders to Foxconn Electronics, as Pegatron’s production had been affected by shortages of labor and some key components.

The issue of labor shortage has been mostly resolved at the end of September or in early October, enabling Pegatron’s mass-production of new products for the client, Tung claimed.

Tung also insisted that Pegatron is capable of raising its workforce in China several times in a period of 2-3 weeks to accommodate major product launch by clients.

With regards to the growing uncertainty caused by the US-China trade disputes, Tung said Pegatron, being a technology company with global deployments, does not see it necessary to relocate its production capacity completely out of China, noting that a 3% capacity relocation might be sufficient.

However, to enhance the company’s global deployment, Tung said that Pegatron is studying the feasibility of producing in the Southeast Asia region and will make some adjustments if necessary.

Pegatron is to deliver its fourth-quarter outlook at an investors conference scheduled on November 8. 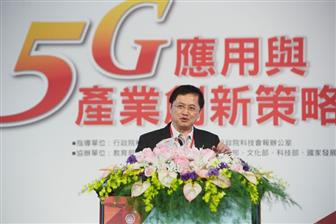