After it wrapped up a record-breaking $4.2 million Kickstarter campaign to launch the first 8K VR headset, Pimax has made headlines for all the wrong reasons — delays, development problems, and growing questions about the performance of its atypically wide headsets. Apparently undaunted, the company is opening preorders today for its “5K Plus” and “8K” headsets, complete with a couple of new details: less impressive specs and higher prices than were originally anticipated.

The 8K headset will start at $900, twice the early bird Kickstarter price, though that number notably doesn’t include either controllers or required SteamVR tracking hardware. Windows PC users will be able to purchase a $1,068 bundle with hand tracking capabilities, or more expensive bundles with Nvidia video cards.

On a positive note, Pimax is still claiming a roughly 200-degree horizontal field of view for the 8K headset, but there are two caveats. As expected, Pimax is using two 4K displays with 3,840 by 2,160 resolutions, so the displays will collectively display stereoscopic 4K, and all content is being upscaled from a much lower 2,560 by 1,440 resolution. As was contemplated during its mid-2018 development struggles, the 8K headset has officially been capped at an 80Hz refresh rate, and Pimax recommends at least a GeForce GTX 1080Ti to power it.

The recently announced 5K Plus headset will start at $700, again without tracking hardware; an $868 bundle will include hand motion capabilities. This model will use twin 2,560 by 1,440 displays to offer a stereo resolution in the 3.69-megapixel range, using native 2,560 by 1,440 content rather than upscaling. It will still offer a 200-degree field of view, but with a less nausea-evoking 90Hz refresh rate. Pimax recommends a GeForce GTX 1070 for this model. 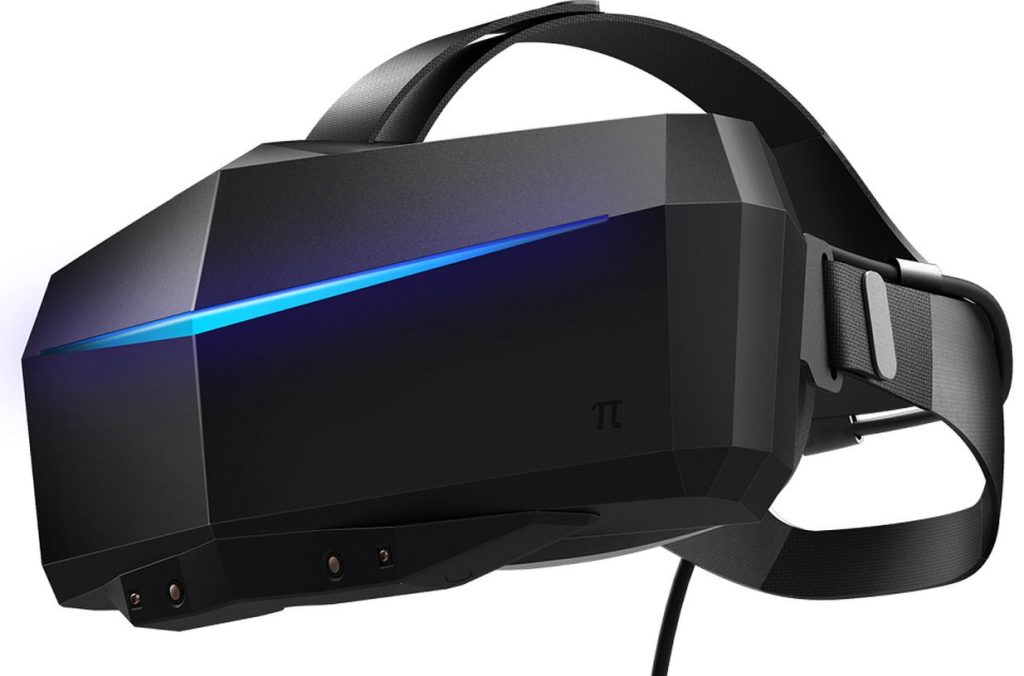 It’s unclear at this point why, apart from “8K” bragging rights, a customer should choose the more expensive version. Last month, early testers revealed that the 5K Plus model actually displayed a higher level of detail than the 8K model due to differences in screen technologies and upscaling.

Both headsets are promising to support a variety of accessories, including a scent-simulating plugin, eye tracking hardware, and a wireless transmitter as an alternative to the included cable. But the only items in each box will be a headset, power adapter, tethering cable, basic head strap, and manual. Pimax says it will sell a superior head strap with integrated audio separately.

No actual shipping dates are available for either of the new headsets, as the company has said that it will continue to fulfill Kickstarter backer orders before delivering units to preorder customers. Last month, Pimax gave 8K customers the option to switch to the 5K Plus, further blurring its production schedules ahead of a general release.