The government is reportedly drawing up plans to ditch Covid laws in England from as early as the spring.

Prime minister Boris Johnson, who is under fire from all sides over the Partygate scandal, is said to be considering a permanent revocation of emergency coronavirus laws he brought in at the start of the pandemic.

The Covid legislation, which is set to expire in a few months’ time, includes the legal obligation for someone infected with Covid to self-isolate – with failure to do so punishable with a fine of up to £10,000.

Other laws set to run out include the requirement for someone to provide the NHS test and trace service with their address and a list of the members of their household.

The PM – who is scrambling to find ways to repair his tattered reputation – is to refer to recent Omicron variant data before moving to finalise his mooted plans over the coming weeks, with an announcement as early as March, according to the Telegraph and the Guardian.

It would be “perverse” for the law to remain in place for longer than two years since the start of the pandemic, a “senior source” told the Guardian.

It comes after the Telegraph reported that Mr Johnson’s government could soon lift the ‘plan B’ restrictions that were introduced in December 2021 to slow the spread of Omicron.

The restrictions – which expire on 26 January – include advice for people to work from home where possible, the mandatory wearing of face masks on public transport and in many indoor public places, and the requirement to show Covid immunity passes for entry to certain venues.

No 10 is also reportedly planning to axe the requirement for fully-vaccinated travellers to take a Covid test on return to England from 26 January, which was a demand of transport secretary Grant Shapps.

Health secretary Sajid Javid had confirmed last week that self-isolation in England will be cut to five days from seven if someone tests negative twice.

On 4 January, a record number of daily Covid cases were reported with 218,376 new infections. Since the spike in cases, daily numbers of new Covid cases have continued to fall.

On Sunday, Labour’s shadow health secretary Wes Streeting said that Mr Johnson may scrap some of these restrictions for “party management” reasons rather than because it is the right thing to do, as he continues to resist calls to resign in the face of the ongoing Partygate scandal.

He, his wife Carrie, and a number of his staff and civil servants have been accused of breaking their own lockdown rules following reports that parties were held at Downing Street throughout the pandemic.

It emerged over the weekend that Mr Johnson’s comeback plan, dubbed Operation Red Meat, involves drafting new measures – including the tasking of the Royal Navy to police English Channel migrant crossings – in a desperate attempt to dampen the fury of Tory MPs and voters.

Senior civil servant Sue Gray is currently investigating the Downing Street party claims, and the release of her report could affect the timings of any announcements over any relaxation of Covid rules.

Mr Johnson’s spokesman has said: “In terms of the data, there are some encouraging signs that infections are falling across the country. Obviously we want to see that mirrored in the latest ONS [Office for National Statistics] data as well.

“There are also some signs of falls – or at least plateauing – in admissions and occupancy in hospital, which is good to see, but it still remains the case that our NHS is under significant pressure – there are over 16,000 Covid patients in hospital in England alone.” 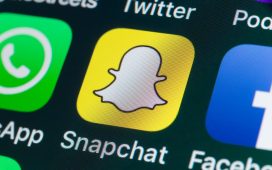