Despite these differences, both companies offer two outstanding headsets with similar features and for a similar price: The Jabra Stealth and the Plantronics Voyager Legend. Has the younger managed to beat the Goliath that is Plantronics, or has Plantronics’s immense industry experience helped the company create the superior headset? 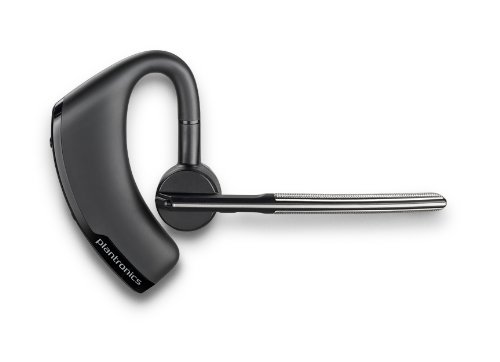 The name of Jabra’s headset says a lot about its design. The Jabra Stealth incorporates the microPOWER battery technology, which has allowed Jabra to use a very small battery and still achieve a decent talk time. With a special energy function called PowerNap turned on, the headset can last up to 6 hours of talk time.

The tiny size of the headset and its featherlight weight makes it truly disappear in the ear, making it easy to put it on in the morning and forget about it until the evening. Because the headset is so small, it can be slightly awkward to press the three call- headset-control buttons. One button powers the headset on and off, another allows you to answer calls and redial the last called number, and the last button is for activating an intelligent personal assistant on your smartphone.

At the tip of the Jabra Stealth is an NFC chip for simple pairing with smartphones on other NFC-enabled devices. The headset can be paired to two devices at the same time, which is great for those users who have one smartphone for personal use and another one for work.

You can easily manage your Jabra Stealth headset from the Jabra Assist app for iOS and Android. The app automatically geotags the position of your headset, making it easy to find it on a map when you misplace it. You can also use it to customize what the buttons on the headset do, set it to read out to you your text and Facebook messages, and more. It’s a handy addition that makes the headset a lot more useful than it would be without it.

Even though the Plantronics Voyager Legend is 25 percent smaller than the Voyager PRO HD, it still features a large battery that can power the headset for up to 7 hours of talk time. The Voyager Legend features a unique earhook design positioned behind the relatively heavy battery (compared with the rest of the headset) and all control buttons behind the ear where you don’t really feel the weight.

Charging is done via a magnetic, snap-fit connection that makes it very easy to plug in the included charger and protect the headset from damage when you accidentally trip over the charging cable. Instead of causing the headset to fall on the ground, the charging cable simply disconnects, and nothing bad happens. What’s more, the connection helps seal out moisture to prevent damage when charging in humid conditions. Plantronics also sells a range of optional accessories that take advantage of the innovative connector, such as a pocket-sized mobile charging case.

The entire headset is protected against rain and sweat by P2i technology and an invisible layer of liquid repellent. Considering how long the headset lasts on a single charge and how comfortable it is to wear, it’s definitely great to be able to wear it in all conditions.

Just like Jabra, Plantronics also offers a companion smartphone app for the headset. MyHeadset, as the app is called, can locate your Voyager Legend headset on a map, display how much charge is available, remotely control the volume, or help you select an alternate tone from the library to improve your chances of hearing your headset. Unfortunately, it’s only available for Android. 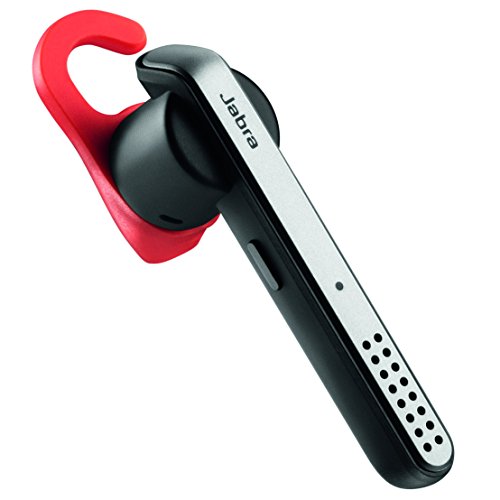 The Jabra Stealth features plenty of state-of-the-art technology to improve the calling experience. The Noise Blackout noise canceling feature reduces outside noise to a bare minimum, helping the other party understand what you’re saying even when in a loud environment. Calls are recorded in high quality to capture as much detail as possible and then efficiently compressed before being transmitted wirelessly via Bluetooth.

One of the buttons on the Jabra Stealth headset activates the voice-controlled personal assistant of your choice, such as Siri or Google Now. You can keep your smartphone in your pocket and control all common features with ease.

The sound quality of the Jabra Stealth headset is very good, and we were surprised by how loud this tiny headset can get. You can be sure that you’ll be able to understand every single word even with a plane flying by just above your head.

When designing the Voyager Legend headset, Plantronics wanted to make incoming phone calls as non-distracting as possible. They’ve created something they call the Smart Sensor technology. Smart Sensor directs calls to your phone or headset and allows you to automatically answer by simply placing the headset on your ear, according to Plantronics. If you already have the Voyager Legend headset on your ear, you can simply say “answer” or “ignore” to either answer or decline the incoming phone call.

A dedicated button on the Voyager Legend headset can lock the call/answer button to prevent the headset from accidentally calling someone when not worn.

Just like the Jabra headset, the Voyager Legend actively eliminates background noise. It features Plantronics’s Windsmart technology, which is said to provide three layers of wind protection for clear calls regardless of your environment. It relies on precision-tuned triple microphones that record both your voice and everything else that goes on around you, separating your voice from up to 80 dB of background noise. Last but not least, the SoundGuard technology protects against audio spikes and transmission inconsistencies.

The result is a clear audio both from the high-quality microphone and the fine-tuned driver inside the headset.

It’s not exactly a surprise to us that both headsets have performed equally well during our testing. What really differentiates the Plantronics Voyager Legend from the Jabra Stealth is apparent at the first sight: their construction. If you want a tiny headset that you’ll barely feel, the Jabra Stealth is what you need. If you would rather have a longer battery life and live with a small weight penalty, the Plantronics Voyager is the right headset for you. 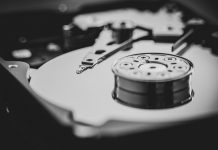 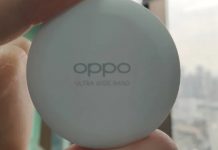 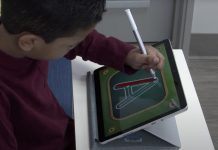