The Poco F1 (or the Pocophone F1, as it was called in markets outside India) is one of the legendary phones of recent years. At the time, it was a genuine game-changer, with flagship internals crammed within an affordable, plastic package. Poco has launched a number of new phones since the launch in 2018, but for some reason, the company has opted against releasing a phone with the F2 name—thus far.

Of course, the natural successor to the F1 is probably the Poco F2 Pro, launched back in May 2020 with some impressive specs. At the time, it was the most affordable 5G smartphone you could pick up in Malaysia. The launch price, at RM2,199, was certainly pricier than the Poco F1’s original price tag, but it came with 5G, a 120Hz refresh rate, and a flagship-class Snapdragon 865 under the hood.

In the meantime, most people (myself included) have long given up on the possibility of a Poco F2. After all, the company made no mention of a “regular” F2 when launching the F2 Pro. But now, the company might just have dropped a major hint on social media; before we dig into it, here’s the video:

The hint appears around the 45-second mark, where Poco says “thank you for…” and “the F2” flashes for a split second. This is the first time we’ve seen an official mention of the F2, and it seemingly indicates that the Xiaomi-backed brand (despite claims of independence) is planning a 2021 release.

Based on rumours so far, the Poco F2 might run on a mid-range Snapdragon 732G chipset—just like the recently-launched Poco X3. Other features being talked about include a quad-camera rear setup, a 4,250mAh battery, and a high refresh rate of 120Hz.

But this raises the question: why even launch a Poco F2?

Both F-series phones that have been launched for the global market by the company have been flagship(ish) devices, usually classified by a Snapdragon 8-series processor. If predictions are true, we’ll see an upper mid-range chip powering the Poco F2—which wouldn’t really tally with what users would expect from an F-series smartphone.

Other specs, including a high refresh rate, are already available on the Poco X3 NFC—which also shares the mid-range processor. So, what exactly is the point of a Poco F2? Why would they release an F-series Poco smartphone without the key factor in the original F1’s success? Perhaps the company is planning to include better cameras, or maybe the Poco F2 will have an AMOLED 120Hz display (over the X3’s LCD display), but there hasn’t been any word on that just yet.

For some context, the Poco F1 came with a Snapdragon 845 in 2018, which was the same chipset powering the best Android phones at the time. Other specs were decent for a price, but the main hook for the F1 was that you were paying something like RM1.3k for the top-of-the-class processor at the time.

In any case, we’ll have to wait for more news. Based on rumoured specs thus far, this might be a disappointing launch—but only if you’re waiting for another affordable Snapdragon 8xx-powered device.

What do you think? Lets us know in the comments section below.

Which smartphone, laptop and tablet brands break down the most? We asked over 3,000 Canadians to find out 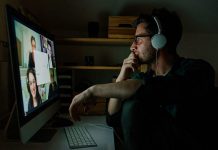 What is Jackbox Games? Here’s what you need to know