OnePlus launched the OnePlus 6T this week. I have mixed feelings about this device. The T-Mobile partnership is a huge win for OnePlus, and yet the Chinese company has stopped listening to its customers.

To get the whole picture, we have to look at all of 2018. OnePlus releases two phones per year, and it makes sure to hype these before each debut. This year was the same in this regard, except for the obvious fan backlash.

I’m of course talking about notches and headphone jacks.

In March, OnePlus cofounder Carl Pei tweeted that users should “learn to love the notch”: 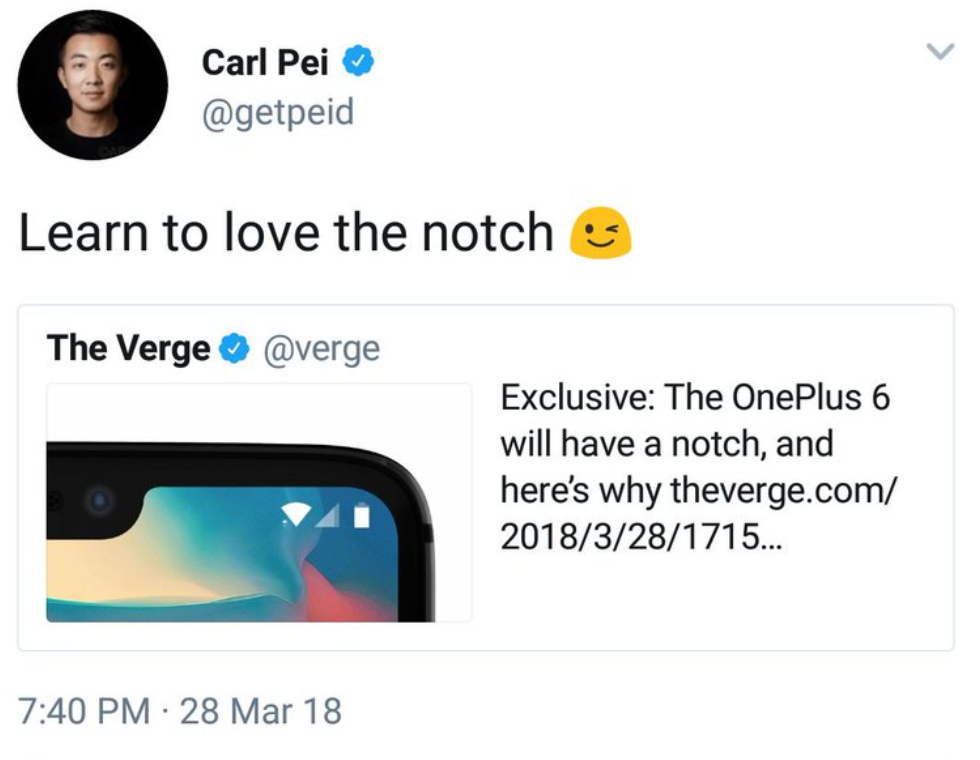 The outcry was so great that Pei deleted the tweet. The OnePlus 6 of course launched in May with a notch.

The OnePlus 6T, which started shipping in the U.S. on November 1 and will hit the rest of the world on November 6, has a smaller “teardrop” notch. But as you likely already know, it doesn’t have a headphone jack.

In other words, if you want a headphone jack, you’ll have to go with the older OnePlus 6. And if you don’t want a notch, you’re out of luck in OnePlus land — you’ll have to settle for the OnePlus 6T.

It’s a bizarre set of decisions given OnePlus has always prided itself on giving its fans exactly what they want. This year, OnePlus seems to be happily pushing its fans to Samsung, which at least for now still offers headphone jacks in all its phones and has completely ignored the ugly notch trend.

That said, OnePlus isn’t down and out. As I mentioned, partnering with one of the major carriers is a big deal for the U.S. market. The company could still come out on top despite its notch and headphone jack decisions.

Most important, OnePlus hasn’t completely ignored its fans. The Chinese company knows they care about one thing more than anything else: price.

In this regard, it’s still doing OK. If OnePlus ever loses that competitive edge, however, it will never be able to drum up any hype again.

ProBeat is a column in which Emil rants about whatever crosses him that week.