WIN SEMI and Broadcom were expected to be involved.

Analyst Ming-Chi Kuo is one of the most prolific when it comes to picking out information from the supply chain and working out exactly what it means. Towards the middle of last year, he said that he expected the 5G capabilities of iPhone 12 to benefit both WIN SMI and Broadcom because it would use six power amplifiers. Now, he says that isn’t the case.

According to a new 9to5Mac post, Kuo made the admission in his “latest report” although it isn’t clear exactly where that report was obtained. But we’re told it says that iPhone 12 will include just a couple of amplifiers at the most, with the 2×2 MIMO uplink that WIN SEMI and Broadcom were set to benefit from no longer happening.

So what does that mean? Arguably, very little indeed. The addition of 2×2 MIMO uplink would theoretically allow those with 5G signals to upload data more quickly. But with 5G still very much in its infancy, it’s debatable whether anyone would really benefit from it, let along notice the difference during use.

We’ve reached out to TF Securities for clarification on Kuo’s comments and will update this post when we hear something back.

From the Editor’s Desk: Let’s ‘Unpack’ this folding phone trend

Apple is now the people’s company, Samsung is for elitists 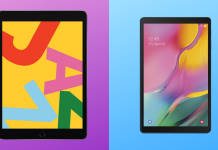 Save on Apple and Android tablets