“The team really took making the gadgets to heart. For example, we took one of the bulletproof deflectors and fired bullets at it to make sure it really was bulletproof.”

Not every gadget could be recreated in full: the pop-out tyre-shredders are actually stored in the boot and can be attached. And, predictably, there isn’t actually an ejector seat – although a panel above the passenger can be removed for effect.

Lane’s favourite gadget, though, is inside the car: the navigation screen. “We managed to recreate the sliding cover for it,” he says, “and the screen looks and makes the same radar noise as in Goldfinger, but it’s a working sat-nav. It’s the gadget you show people that surprises them the most.

“But the coolest thing is the remote control we built to go with it to make it really fun for customers. It looks just like the control panel in the car, with period switchgear and a big red ‘fire’ button. It’s a party piece, and I’m sure collectors will take lots of pleasure from it.”

The Q Commission service is offered across the full Aston Martin model range, and boss Simon Lane says the uptake of it increases the higher you go up it. “With special cars such as the Vanquish Zagato series, about 60% go through Q for bespoke colour and trim work,” he reveals.

The only limit is the cost, which is often set more by testing than materials. “We were asked recently about putting a full Alcantara interior into a car we don’t offer Alcantara for,” says Lane. “We’ve tested the upper part of the instrument panel for airbag deployment with leather but never with Alcantara, so we’d have to do that to put it into production. So that cost has to be borne by that customer or we need to find other customers who want the same thing to amortise the cost.” 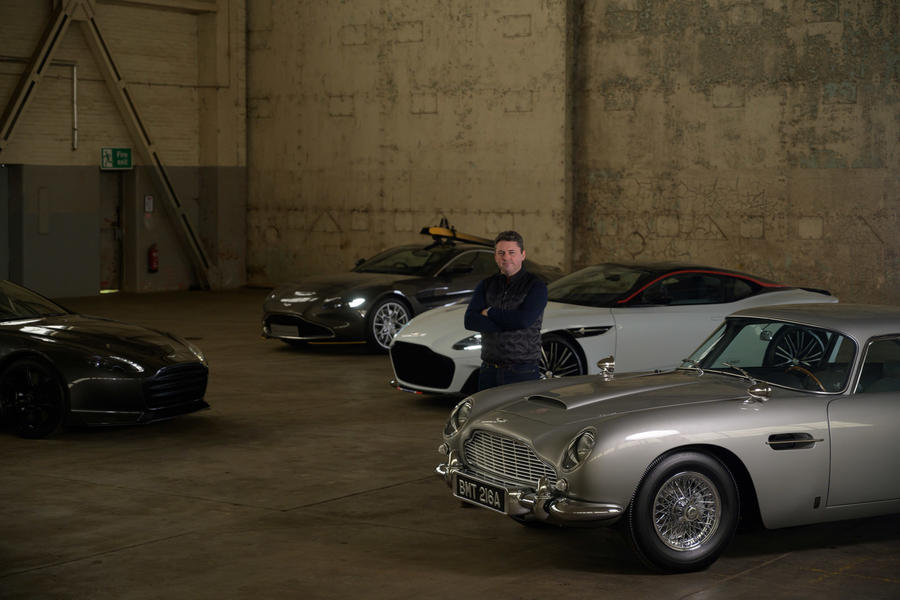