RICHMOND, Va. — Richmond detectives are investigating the connection of a rash of stolen vehicles to recent drive-by shootings in the city.

Reports of car thefts have risen by 136 percent from July to August, according to First Police Precinct Captain Rick Edwards.

“We went from 11 [stolen vehicles] in July to 26 in August and a vast majority were unlocked with keys,” Edwards explained.

There are several methods that criminals are taking advantage of careless drivers.

“In some cases folks will leave the cars running with the fob in the pocket thinking the car was safe and you can’t drive off with the car. But, you can,” Edwards said.

Others are have an extra set of keys in the glove box, while some drivers have left the keys inside the ignition of an idle vehicle.

However, Capt. Edwards said many of the stolen cars are being used as a way to facilitate drive-by shootings.

“This isn’t just a property crime. It could turn into a very serious crime against a person,” he stated. “Someone involved in a drive-by shooting isn’t going to use a car that’s linked back to them.”

Police wouldn’t specify which stolen vehicles they believe are connected to recent shootings. However, Edwards warns everyone to do their part and lock their car.

“The thieves are out the just looking for you to slip up and leave that car running and they’ll take advantage of it,” Edwards said.

Megan Wilkerson lives in Old Town Manchester, which has seen eight of the recent thefts. Her apartment complex emailed residents to remind them to lock their car doors.

“There’s a lot going on now. It’s definitely safer than what it used to be,” she recalled. “I’m pretty cautious making sure all my doors are always locked. I’m pretty aware of my surroundings and what’s going on.”

Both Wilkerson and Edwards said the influx in new apartment complexes in an urban setting and younger adults moving in could have contributed to running vehicles left unattended.

“There’s been a lot of younger people who didn’t grow up in Richmond,” Wilkerson said. “With all the apartments and things being a little bit more up and coming people are getting more comfortable.”

The recent reported car thefts in Sector 112 are:

If you have information that could help detectives, call Crime Stoppers at 804-780-1000 or submit a tip online at http://www.7801000.com. The P3 Tips Crime Stoppers app for smartphones may also be used. All three Crime Stoppers methods of contact are anonymous. 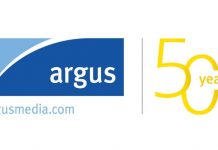