Apple has reportedly made another payment to Samsung for selling too few iPhones. According to a new report from Display Supply Chain Consultants, Apple made a one-time payment of $950 million to Samsung for purchasing fewer OLED iPhone displays than required.

Samsung noted in its Q2 guidance release that the operating profit for Q2 2020 included a “one-time gain related to its display business,” but it did not include the amount. TheElec reported last month that Samsung received around $745 million from Apple, but today’s report from the DSCC cites unnamed sources and says that Apple made a payment of “closer to $950 million.”

If this situation sounds familiar, it’s because something similar happened in Q2 of 2019 when Apple also faced a penalty from Samsung for not buying OLED displays at the agreed level. As we reported at the time, it was unlikely that Apple settled the debt in cash, but rather awarded Samsung Display extra orders to the point where the profit equals the penalty due. Whether or not that is what happened this year is unclear.

Apple has agreements with many of its suppliers to make a minimum purchase, likely to achieve lower prices per unit. If Apple fails to hit that minimum purchase, contracts usually stipulate that a penalty will apply. This year, Apple’s supply chain and demand were both affected by COVID-19, which could explain what led the company to order fewer OLED panels than initially expected.

ALSO READ  How to screen share with iPhone, iPad, and Mac to remotely help friends and family with new devices

Podcast of the Week: Park Predators

Save hundreds on open-box MacBook computers today only via Woot 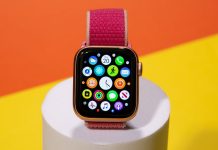 Apple thrives in India, China for Q2 despite COVID-19 effects

K-12 Schools: When should IT departments install iOS 14?

Getting Started with Shortcuts on iPhone and iPad

Why You Should Stop Sending SMS Messages—Even On Apple iMessage