While the tyre industry itself is economically important, it is also politically sensitive because of its size and environmental impact. Recent research suggests that more than 200,000 tonnes of micro-plastics produced by tyres and brake pads are washed up in our oceans every year. Continuing just-auto/AIC’s series of research snapshots, Matthew Beecham highlights some technical advances in the tyres arena to lessen the impact on the environment.

Eco-friendly (‘green’) tyres contain some 200 ingredients and 20 different types of rubber, each with their own desirable characteristics. These tyres also incorporate a special type of tightly bonded rubber in the tread blocks to retain more energy while driving. The aim is to lower rolling resistance and reduce engine power consumed in rotating the tyre.

Since November 2016, EU legislation has made it mandatory to display an eco-rating on every new tyre sold. This is drawn from three categories: fuel efficiency, wet grip and noise. Green tyre technology focuses on the fuel efficiency aspect. So without further ado let’s take a look at who is doing what in pushing back the technical boundaries of green tyres.

The use of alternative renewable materials is increasingly being considered for tyre manufacture. For example, Pirelli is working on silica (an important component of the tyre compound) derived from rice husks. Rice husks are the outer shell of the grain and make up 20 per cent of the weight of raw rice. They are a by-product of this crop and available in large quantities in many parts of the world where they are not yet fully exploited.

As far as recycled materials are concerned, tyre makers are reusing materials derived from the post-treatment of end-of-life tyres in its compounds, such as powder and regenerated de-vulcanised rubber reduced to a size suitable for reuse, in addition to the so-called Recovered Carbon Black (obtained from the pyrolysis of end-of-life tyres). Currently, the use of these materials is limited to avoid compromising the mechanical characteristics of the tyre. Given the rapid development of new technologies, tyre makers expect the quantities to grow significantly in the production of new tyres while maintaining key safety and performance characteristics.

ALSO READ  OVO teams up with Mini to offer EV drivers up to '5,000 free green miles'

Australian tyre recycler Green Distillation Technologies (GDT), which has already developed technology that can turn end-of-life tyres into oil, carbon and steel, claims that it can now take the carbon raw material and turn it into hydrogen. GDT’s technical director, Denis Randall said that although their tyre recycling technology is already a commercial reality the further post-process development of their products has shown it has much further to go than just the destruction of tyres. He said: “Once you have a carbon source at negative cost, through the destruction of a difficult to dispose of waste, such as tyres, many reduction technologies become commercial including secondary water gas reactions to produce hydrogen for subsequent use in efficient hydrogen cell electricity production.”

Other renewable or recycled materials that are currently being industrialised include bio fillers (lignin and sepiolite), plasticisers/resins of vegetable origin and textile reinforcements with fibres from renewable sources (rayon).

Goodyear has taken green tyres to a new level with its reCharge, a self-regenerating concept tyre that can adapt and change to meet individual mobility needs. The tyre compound itself is to be made from a biological material and reinforced with fibres inspired by one of the toughest natural materials in the world – spider silk.

Continental has been developing ways in which to make rubber from dandelion plants. The supplier has been working with the Fraunhofer Institute for Molecular Biology and Applied Ecology, IME. The objective is to use natural latex obtained from the roots of the dandelion as a commercially viable substitute for natural latex from rainforest plantations. The dandelions can even be cultivated on land that is unsuitable for food crops so that creating “plantations beside the tyre plants” in Central Europe makes both economic and ecological sense.

Bridgestone has launched its Enliten, a lightweight tyre technology that reduces rolling resistance by about 20 per cent compared to a standard premium summer touring tyre. The supplier also claims improved handling and stability.

Green tyres encompass a number of approaches, including airless tyre concepts. Goodyear is among those who have rolled out airless tyre innovations. The supplier used last year’s Geneva motor show to introduce its Aero concept tyre, a two-in-one tyre designed for the autonomous cars. The supplier believes that this concept would work both as a tyre for driving on the road and a “propeller for flying through the sky.”

Sumitomo Rubber Industries (SRI) has developed a technology to enable tyres to generate electricity whilst driving. SRI, together with Professor Hiroshi Tani of Kansai University, have developed the Energy Harvester that takes advantage of the build-up of static electricity, known as frictional charging, to produce power efficiently as the tyre turns. Inside the Energy Harvester are two layers of rubber each covered in an electrode, along with a negatively charged film that interfaces with a positively charged film. When fixed to the inside of a conventional tyre carcass it generates electricity as the tyre deforms during rotation. Engineers believe the Energy Harvester could lead to practical applications as a power source for sensors used in tyre pressure monitoring systems and other automotive devices without the need for batteries.

ALSO READ  Students to explore future of motorsports at #Autosport2090

In other news, SRI says it has identified the factors that cause natural rubber to emit an odour. Its ‘reduced-odour natural rubber’ uses a proprietary raw material processing technique at the Sumitomo Rubber Group’s natural rubber processing plant in Thailand to achieve a “significant reduction” in odour by suppressing the breakdown of odour-causing non-rubber components (such as proteins and lipids) that are found within natural rubber in its raw material state.

It is clear that ecological tyres with a focus on rolling resistance remain one of the key trends in tyre development.  Meanwhile, the search for renewable materials in tyre manufacture rolls on.  While achieving lightweighting used to be at odds with better tyre performance and rolling resistance, it is possible to achieve all three thanks to new materials and polymers. 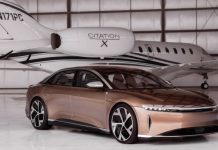