Researchers in the US have developed a technique for eliminating blood clots, using nanodroplets and an ultrasound ‘drill’.

Designed to treat retracted blood clots, which form over extended periods of time and are especially dense, the technique involves breaking up the clots from the inside out. Because these clots are less porous than others, it can be difficult for drugs to penetrate into the clot and dissolve it, making them difficult to treat.

The nanodroplets consist of tiny lipid spheres filled with liquid perfluorocarbons (PFCs). The low boiling-point PFCs enable a small amount of ultrasound energy to convert the liquid into gas, causing the PFCs to expand rapidly, vaporising the nanodroplets and forming microscopic bubbles.

After microbubbles form within the clots, the continued exposure of the clots to ultrasound oscillates the microbubbles. The rapid vibration of the microbubbles causes them to behave like ‘tiny jackhammers’, researchers explained, disrupting the clot’s physical structure and helping to dissolve it. The vibration also creates larger holes in the clots mass that allow blood borne anti-clotting drugs to further break it down.

The drill – an ultrasound transducer small enough to be introduced to the blood vessel via a catheter – can aim ultrasound directly ahead, making it ‘extremely precise’. Researchers pointed out that it can also direct enough ultrasound energy to the targeted location to activate the nanodroplets, without causing damage to surrounding healthy tissue. The drill incorporates a tube that allows users to inject nanodroplets at the site of the clot.

Xiaoning Jiang, professor of Mechanical and Aerospace Engineering at NC State and the paper’s co-author, said that the use of nanodroplets, ultrasound and drug treatment was found to be the most effective, decreasing the clot size by around 40 per cent.

The team’s next steps, according to University of Michigan professor of Biomedical Engineering and paper co-author Zhen Xu, will be to involve pre-clinical testing in animal models that will help to assess how safe and effective the technique could be for treating deep vein thrombosis. 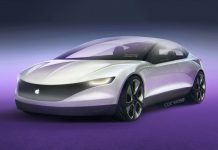