In just a week, Samsung will host its first Galaxy Unpacked event for 2021 and unveil the all-new Galaxy S21 series. But the next-gen flagships won’t be the first devices launched by the South Korean manufacturer this year. That is an honor reserved for a device on the opposite end of the spectrum — the Galaxy M02s.

The new Samsung Galaxy M02s is a successor to the Galaxy M01s from last year, and it comes with an updated design that falls in line with other recently launched Galaxy M series devices. It offers modest specifications, including a Snapdragon 450 SoC, a 6.5-inch HD+ display with a waterdrop-style notch, up to 4GB of RAM, and up to 64GB of onboard storage.

For photography, the Galaxy Mo2s offers a triple-camera setup on the back that includes a 13MP primary sensor, a 2MP depth sensor for portrait shots, and a 2MP macro sensor. Over on the front, it has a single 5MP selfie shooter. Powering the device is a massive 5,000mAh battery, which features 15W fast charging support.

As with other entry-level smartphones in the market today, the Galaxy M02s comes with a 3.5mm headphone jack and a micro-USB port. However, unlike its predecessor, the Galaxy M02s doesn’t feature a fingerprint scanner. Finally, on the software front, the Galaxy M02 runs Samsung’s One UI skin based on Android 10.

The Samsung Galaxy M02s will go on sale in India in the coming days via Samsung’s website and Amazon. It will be available in three colorways — Black, Blue, and Red — at a starting price of ₹8,999 for the 3GB/32GB variant. The 4GB/64GB variant will be available for ₹9,999.

ALSO READ  From ‘selfie elbow’ to ‘texting thumb’: How to avoid smartphone injuries

Boy phones Sharjah police after his mother beat him 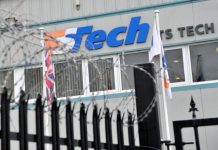 Top Android Phones of the Year 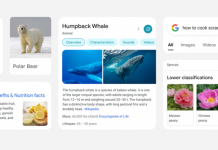 Mint Mobile subscribers are getting a free data upgrade

Apple needs to bring MagSafe back to Macs