I have a complaint Samsung does not tell you often enough about how to access and use a lot of the hidden technology found in their premium smartphones, it’s like we really need a little book that comes with the device that is full of hidden Samsung smartphone secrets or even better an owners tips and hints site.

This lack of simple explanations is evident with the all new top end Galaxy Note 10+ which is packed with capabilities despite my early perception that there was not a lot of difference between the last and current Note models.

After using the new Samsung Note 10+ for several days I was asked to attend a Samsung briefing for the new device and what I discovered were features and capabilities that I have never seen in a smartphone before,I also discovered the device is lighter than what I was expecting and I suspect this is because the aluminium chassis on the Note10+ is lighter material than other Samsung Note smartphones.

Easy integration with Windows and Microsoft apps, new video editing and image management and editing capability on the fly faster processing of content and that’s before you get to easy translation of foreign languages and all new S Pen capabilities.

The device reminds me of the saying ‘Wolf in sheep’s clothing’ while on the surface the hardware feature sets look similar to last year’s model it’s the software that set this device apart and light years ahead of anything I have seen from Apple.

This smartphone has a massive “Dynamic AMOLED” 6.8-inch display that seriously sucks one into the device because the display extends nearly edge to edge across the front.

Another big feature is the tiny matchstick stylus called the S Pen that has more tricks up its sleeve than David Copperfield, it also has a gorgeous opalescent finish which as one Samsung executive said, “Is because we are over black phones”.

The new S Pen now has gesture controls built in that you can use to manipulate certain apps on the Note10+ along with images and video’s, you can also hover over a word and translate it to another language.
Samsung has also turned the S Pen into a selfie shutter.

Prop up the phone, step away from it with S Pen in hand, and you could capture photos of yourself from afar by clicking a button on the pen.

With the Note 10 the new S Pen has been equipped with an accelerometer and gyroscope, so it actually becomes a gesture control device.

And if that is not enough you can now use the S Pen to not only to capture a photo, but alto to navigate through the camera app, pressing the button on the S Pen and waving the wand while switching settings with each gesture.
You can toggle between video and photo, or draw a circle in the air to zoom in.

A new quad-lens camera delivers a big improvement on past cameras.

In fact, there are so many features packed into the Galaxy Note10+’s camera that you will quite possibly never use them all.

My insight to these very clever features were revealed by Rob Mulally a local photographer who seriously bought this device to life while also demonstrating a series of images that he shot around Sydney.

Apart from super slow-motion video capability that allows one to capture a couple slow-motion videos of a racing car at high speed at 960-frame-per-second which does chew up a lot of memory one can also blur the background out of an image on the fly.

Another big improvement is that when you zoom in while capturing video, the phone manages to isolate and boost the audio from the subject you’ve zoomed in on.

This works better when you are shooting a talking human than it does in a less controlled environment or one where there is a lot of ambient noise.

The rear of the Note has a an ultrawide 16-megapixel camera, another 12-megapixel wide-angle camera, a 12-megapixel telephoto, and a dedicated depth-sensing camera.

On the camera screen you can toggle between all three cameras as per the below images. This allows for fast capture of an image.

By tapping three different icons on the screen when set to PHOTO, you can easily toggle between the three lenses of the new Note 10+

The front-facing camera commands its own 10-megapixel sensor The AI technology built into the device can also suggest when you should switch to a wide-angle photo instead of a close up.

Missing with this device is a 3.5-mm headphone jack a move that is sure to upset a lot of people.

The Galaxy Note10+ runs Android 9 Pie and within minutes of trying to set up this device Samsung’ proprietary Bixby comes into play along with the need to visit the Galaxy Store. It also tries to launch the Google AI-based Game Booster system.

Under the bonnet of the Note10+ is the brand new Qualcomm Snapdragon 855, which can also support a 5G modem. The model I was given only supported 4G.
This processor is a powerhouse that appears to suck less power from the 4300mAh battery.

The Snapdragon chip is a cutting edge a 7-nanometer, 64-bit, octa-core processor which delivers unbelievable speed which is very noticeable when processing or editing a video.

The performance is enhanced by the inclusion of 12 gigabytes of RAM, and 256 gigabytes of internal storage and if this is not enough you can add more storage via an SD card slot.

Earlier this year Samsung introduced features to DeX along with the launch of Galaxy Note 10 this has opened the world’s biggest PC platform, Windows up to Samsung Note 10 owners.

Up until now, you needed an external monitor that accepts video input to run DeX now you can run it direct from your device.

With the Galaxy Note 10+, Samsung made changes to the feature to allow users to run it on top of Windows or macOS and once you have downloaded the Windows software the device can be easily integrated into a Windows or MAC environment.

The new DeX allows users to use the keyboard and mouse as inputs and run Android apps on the connected screen.

It also supports drag and drop so one can easily transfer files between PC and Galaxy Note 10.

Samsung has also added the ability to run Linux on DeX through the DeX app. While DeX has been a powerful feature for users who don’t want to carry around bulky laptops, the new addition makes it useful for almost every user.

The Samsung Notes app, which is there for jotting down random scribbles, has also been upgraded.

It now exports directly to Microsoft Word. Y
You can go into a saved Note, highlight some of the handwritten words, and turn them into text. Though this did not work accurately for my scribbles which are really bad.

As for power performance I found it difficult to drain the 4300-mAh battery which is a big improvement over the previous model. I not only got a good 12 days work out of this device I had power left often up to 40% when I put it back on charge of an evening.

Another big plus is if you do use this device with a PC and DeX is that it automatically charges when you attack the USB C cable.

Charging is also quick with the 25-watt charger, but if you purchase Samsung’s 45-watt charger it will deliver a full charge in less than an hour.

Let’s put this device into prospective, at $1,699 with 256MB of memory this device is expensive. But what you get is a cutting edge smartphone, pro camera, and a unique PC capability device that via the use of a very clever S Pen delivers a host of functionalities that makes this device a worthwhile investment.
Okay, there is no headphone jack and the screen is not as good as the Note 9 however you suddenly forget these issues when you start to use the other functions in the Note 10+.

For example, when you put on a decent pair of noise cancelling headphones such as the all new AKG N700’s and tap into a 24 bit Tidal track you are taken to a world that doesn’t exist even with the best Sonos can deliver with their speakers.

The pen is super clever and practical and as for the camera it seriously delivers with new software delivering a host of new capabilities powered by top end processors.

The biggest weakness is that there is no cover out of the box and the device is super slippery due in part to the stunning glossy back of the device. 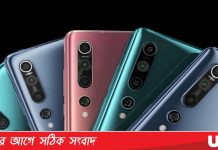