It looks like Samsung is preparing a new entry-level smartphone, the Galaxy A02s, and it has already appeared in the Geekbench database.

The smartphone is numbered Samsung SM-A025G. The Samsung Galaxy A02s name was confirmed some time ago thanks to the Bluetooth SIG certification website where it was spotted.

While there is little information about the new product. Most likely, it will be an entry-level smartphone with a low price tag.

Based on Geekbench information, the Galaxy A02s will have 3GB of RAM and Android 10. The specific processor model has not been specified, but based on the GPU, it can be assumed that the Samsung Galaxy A02s will be powered by a Qualcomm Snapdragon 450 octa-core processor.

OnePlus 8 Pro deal: one of the world’s best smartphones has £200 off for Black Friday 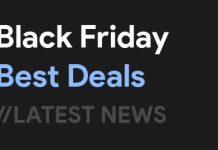 Is it possible to make a sustainable smartphone?

Why not save money with a refurbished Samsung Galaxy smartphone, Apple iPhone or laptop?