The U.S. Department of Transportation Thursday awarded a $9.29 million grant to the San Diego Association of Governments for its next-generation transportation initiative.

According to a press statement issued by the Federal Highway Administration, the grant is one of 10 distributed nationwide to projects that use cutting-edge technologies to improve mobility and safety for American travelers.

SANDAG received the funding for its Advancing Connectivity and the Economy Through Technology initiative, which is supposed to enhance safety, efficiency and reliability of the region’s transportation system and improve cross-border activities and economic opportunities throughout the southern San Diego region.

The FHWA reviewed 46 applications and awarded a total of $49.6 million this year.

“The program selections this year look to the future to help ensure that our nation’s highway network is able to accommodate the many advanced technologies on the horizon,” said Federal Highway Administrator Nicole R. Nason.

The FHWA program funds early deployments of forward-looking technologies that can serve as national models. This year, grants funded projects that support autonomous and connected vehicle technologies, the statement said.

With fewer cars on the road, the St. Louis region’s air quality has improved in the pandemic | Local Business

Electric Cars Are Better for the Planet – and Often Your Budget, Too 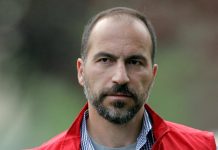 Insider Transportation: Uber's plan to stop losing money, auto stocks to bet on, and how to get a Rivian job – Yahoo! Voices

Did the Holidays Bring a New TV or iPhone? Here's How to Safely Dispose of Old Electronics – ReportAlert.info

GM may expand Corvette lineup to include a crossover SUV