The ‘Secret Sister Gift Exchange’, which promises participants 36 gifts in exchange for a single small investment, is spreading like wildfire on social media.

The idea of the exchange has been appearing in various forms on Facebook and Twitter in the last few days, and encourages women to sign up to a Secret Santa-style present swap with strangers.

It mostly seems to be taking off in the US at the moment, but has slowly spread over to the UK through social media.

The exchange is mostly organised through Facebook groups, and encourages people to send a low-value gift (usually limited to $10) to a person whose name and address is at the top of a long list of participants.

They then add their own name to second place, and are told to send the list to six other people.

As the invites spread and more people receive the list, the idea is that each participant gets up to 36 gifts as more join the exchange.

However, like most other novel ideas that promise huge returns on a small initial investment, it’s a total fantasy – in fact, it fits the definition of a traditional pyramid scheme exactly.

Not only are pyramid schemes like this one mathematically impossible (the list of theoretical participants multiplies into billions of people a few steps into the scheme), they’re also against Facebook’s terms of use, and are illegal in some countries, including the US.

Pyramid schemes are also illegal in the UK, but prosecutions are rare in practice – in September, 11 women were the first to be prosecuted for such a scheme under 2008 legislation that banned them.

The idea sounds feasible in theory – it starts with six people, who each invite another six people, who all send gifts to the person in the number one spot before they’re moved off the list.

However, as the steps continue, the number of people theoretically involved swells to far more than would ever take part – if the 36 each invite six people, the total number of participants is 216.

If all of those people do it, the number swells to 1,296. By only the tenth stage of the process, over 60 million people are involved.

Those who start these schemes or enter in the second round do stand a small chance of actually receiving something – but it’s almost impossible for those who join later to ever reach the top, and as the scheme fizzles out, they receive nothing in return.

It’s dressed up to appear fun and festive, but it’s a scam at heart, and should be avoided. It’s probably best to stick to a regular Secret Santa, with people you know. 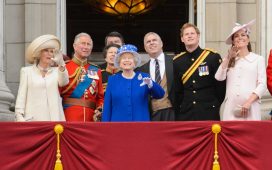