The committee is scheduled to receive a Department of Transportation overview that will include information about the three projects dubbed Multi-use Corridors of Regional Economic Significance, or M-CORES.

The 2019 legislation anticipated construction beginning in January 2023 and the roads being completed by 2030. Critics, however, have questioned the need for the roads, the potential economic impacts and the potential to create sprawl in rural communities.

Agriculture Commissioner Nikki Fried has argued the roads, requiring up to $101.7 million a year, will “put an unnecessary strain on the state’s ability to fund urgent priorities” as Florida battles revenue losses from the coronavirus pandemic. The roads have been backed by groups such as the Florida Chamber of Commerce, Associated Industries of Florida, the Florida Ports Council and the Florida Trucking Association.

Reports completed in November by three state task forces directed the Department of Transportation to further determine if the roads would reduce congestion on Interstate 75; establish how the roads would be used for disaster evacuations and response; consider the economic pluses and minuses in shifting traffic into rural regions; work with local governments so utility and broadband expansions meet existing policies about urban sprawl; and protect environmentally sensitive resources such as springs, wetlands, and floodplains.

The Jan.12 meeting will mark the first 2021 gathering ahead of the upcoming Legislative Session.

Beginning Jan. 11, lawmakers are scheduled to hold a series of committee weeks ahead of the 2021 Legislative Session.

The Florida House’s first round of committee meetings launch on Jan. 13 and Jan. 14.

Material from the News Service of Florida was used in this post.

What Three Cars Do You Wish Were Sold In Your Country? 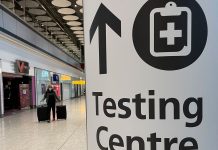