Mladá Boleslav, 27 June 2022 – ŠKODA AUTO will again be supporting this year’s Tour de France (1 – 24 July 2022) as the official main and vehicle partner. This is the 19th time the company has supported the world’s largest cycling event. 250 vehicles will provide mobility to the organisers and race management of the Tour de France or be used as support and service vehicles. The vehicle fleet also includes the all-electric ŠKODA ENYAQ iV that Tour Director Christian Prudhomme will be using as a command vehicle (‘Red Car’) on 16 of the 21 stages.

“Our long-standing commitment to cycling is one of the cornerstones of our sponsorship activities in elite international and grassroots sport. In the early days of our company, the founders Václav Laurin and Václav Klement began by designing and manufacturing bicycles – this makes for an ideal ‘brand fit’. We are delighted to be supporting this great event again this year.”

Martin Jahn, ŠKODA AUTO Board Member for Sales and Marketing

The 109th run of the classic cycling classic starts on 1 July with the Grand Départ in Copenhagen, Denmark, the northernmost starting point in the history of the race. The 21 stages, including six mountain stretches, will take the peloton through four countries over a distance of 3,300 kilometres. On 24 July, the riders will reach their destination on the Avenue des Champs-Élysées in Paris.

ŠKODA AUTO is supporting the world’s largest cycling event for the 19th time. As the official main and vehicle partner, it is also providing 250 vehicles to the organisers and race management, as well as service and support vehicles. Alongside the ENYAQ iV, the fleet includes OCTAVIAs and the ŠKODA SUPERB iV with plug-in hybrid drive.

Ahead of the field, Tour Director Christian Prudhomme will be travelling in an all-electric ŠKODA ENYAQ iV. He will be waving the yellow flag through the sliding roof of the ‘Red Car’ at the start of each stage. This is the third time the SUV has served as Prudhomme’s mobile command centre. On some stages, the ŠKODA SUPERB iV with plug-in hybrid drivetrain will be taking to the course as the command vehicle.

Now for the 12th time, the Czech car manufacturer has designed the crystal trophy for the winner of the world’s largest cycling race. ŠKODA AUTO has also been sponsoring the green jersey for the leader of the points standings since 2015.

Furthermore, ŠKODA AUTO is a partner of the Tour de France Femmes, which starts on 24 July. The participants will cover eight stages over a distance of 1,029 kilometres from Paris to La Planche des Belles Filles.

ŠKODA campaign ‘You have to love it. We do.’
To mark the Tour de France, ŠKODA is launching the campaign ‘You have to love it. We do.’ and is promoting it in TV commercials, on its social media channels and on the company’s website www.welovecycling.com where cycling fans will find exciting stories and information about the Tour de France as well as a competition. Prizes include tickets to the Tour de France, a signed green jersey, bicycles, cycling equipment and subscriptions to the fitness app Strava. App users can also take part in a cycling challenge and the winner will receive their own green jersey.

Extensive involvement in cycling sponsorship
As the ‘engine of cycling’, ŠKODA AUTO supports the Tour de France as well as numerous national and international cycling races and popular sports events. In addition to the Spanish tour ‘Vuelta’, this includes the amateur race L’Etape. Under the umbrella of the Tour de France, the worldwide racing series enables ambitious amateur cyclists to follow a race stage.

Committed to sustainability
In collaboration with its partners, ŠKODA AUTO is consistently working on innovative sustainability concepts. At the Tour de France, for example, the car manufacturer will be using tyres from its partner Continental for the ENYAQ iV fleet, which contain additives made from recycled materials. The carcass material consists entirely of recycled PET bottles. In addition to safety, this innovation also ensures exceptional handling characteristics with minimal environmental impact. The tyres for ŠKODA models are custom developed. Working closely with partners, the car manufacturer aims to use tyres produced from sustainable materials in series production in the future. 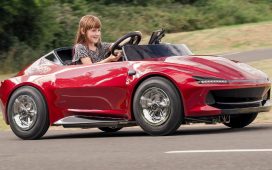 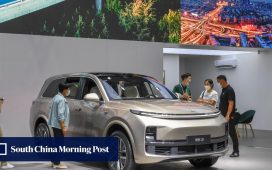 Ola Electric to produce electric cars in India in 2024 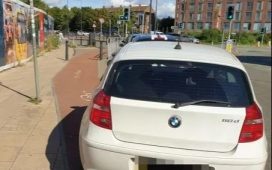 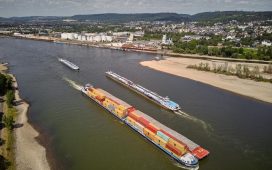