Skype calling coming to Amazon Echo and other Alexa devices

One of the things mentioned in passing during the Amazon Echo event yesterday was Skype calling on Alexa.

We now know more, however, will Microsoft providing a few details on how it will work.

Skype integration will be added to Alexa devices later this year. It offers the option to call anybody using Skype from an Echo or other Alexa-enabled product, by just saying commands like, “Alexa, call Jimmy on Skype.”

You will also be able to take calls on Alexa devices, through commands such as, “Alexa, answer.”

That includes video calling on the two generations of Echo Show and the Echo Spot. Plus, of course, all Skype apps on PC, mobile or Xbox will take and make calls from and to Alexa devices too.

You can even call regular phone numbers from your Echo, if you have the right Skype subscription or credit.

Microsoft and Amazon are collaborating on several initiatives at present, including Alexa integration for the Xbox One.

As well as the brief mention of Skype, Amazon launched a whole stack of new Echo devices at its event in Seattle. You can read about them here: Amazon Echo event: All the announcements that matter

You can also pre-order the all-new Amazon Echo Show and other new products from Amazon.co.uk now. 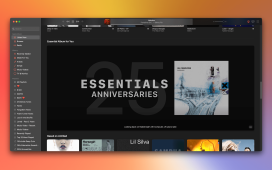