The global smartphone market, and its biggest player Samsung, had a rough time during the third quarter of 2018.

On Thursday, IDC reported that smartphone vendors shipped 355.2 million units from July to September, down 6 percent from 377.8 million a year earlier.

“This was the fourth consecutive quarter of year-over-year declines for the global smartphone market, which raises questions about the market’s future,” IDC wrote in a Thursday news release. The research firm said it believes “the market will return to growth in 2019,” but said “at this stage it is too early to tell what that growth will look like.”

Samsung, in particular, “had a very challenging quarter,” IDC wrote. The market leader shipped 72.2 million units during the period, a 13.4 percent year-over-year drop. Meanwhile, declines in China also contributed to the overall market’s woes. Smartphone shipments in the country have been down for six consecutive quarters now. 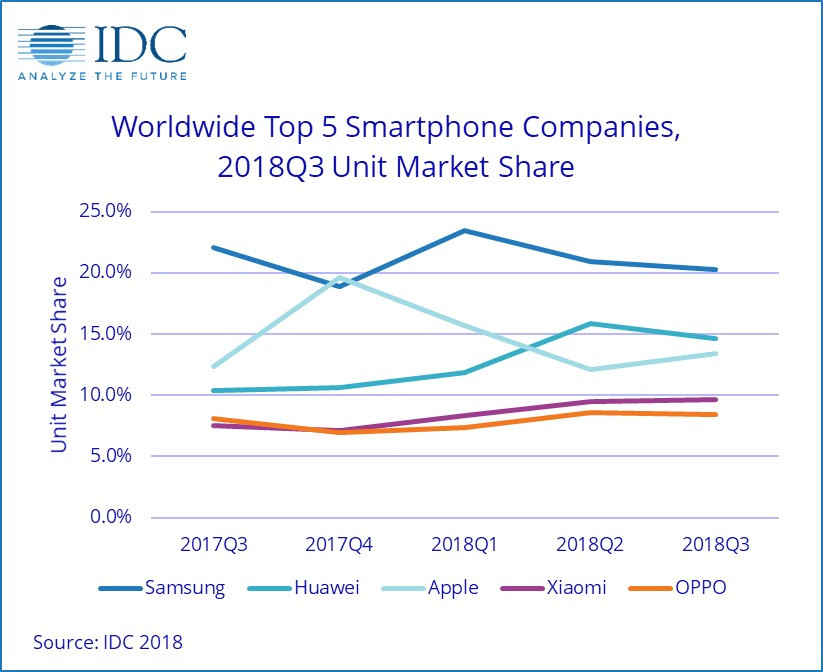 It will be interesting to see who comes out on top during the holiday quarter. IDC says Apple could edge out Samsung and Huawei for first place, thanks to its new iPhone XS, XS Max, and XR.

“No matter who leads in the overall market the holiday quarter should be an exciting one with a wide selection of new flagship devices available,” Anthony Scarsella, research manager with IDC’s Worldwide Quarterly Mobile Phone Tracker, said in a statement. “With the new iPhones, Mate 20, Pixel 3, V40, Note 9, and OnePlus 6T, we can expect consumers will have a plethora of options when upgrade time approaches.” 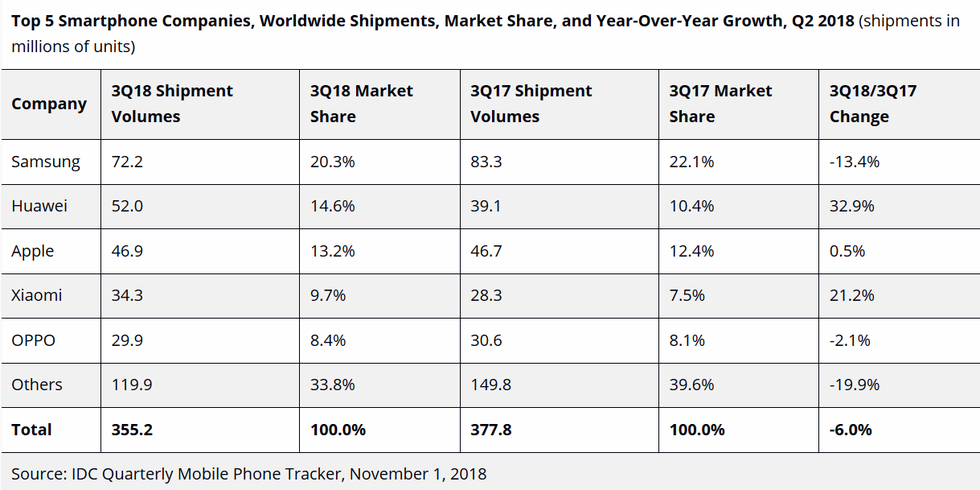