The migrants making daily video calls home. The headphone-wearing daily-commuting young digital native. GPS navigation-equipped cabbies with time to kill between trips. Villagers not connected to a cable network but within the range of mobile towers. The pandemic-time new netizens. Rural folks with aspirations, and smartphones bought on EMIs. And above all, the powerful control-obsessed BCCI officials.

It is this eclectic group that will decide if the punt taken by the broadcasters at the recent record-breaking IPL e-auction would prove prudent in the long run. They will collectively determine if the latest IPL valuation of Rs 48,000 crore was actually an overreach or whether the BCCI and broadcasters have read right the tea leaves floating over the always-simmering IPL pot.

The Indian Express spoke to three industry old hands – all decision-makers with a skin in the game but insisting to remain anonymous – to understand the big churn. They hail the 2022 IPL auction as a watershed event that threw up two ground-breaking events – Digital surpassing TV in media rights valuation, and BCCI for the first time signing up more than one broadcaster.

The men in the thick of things agree that IPL’s new digital rights holder Viacom 18-Reliance, despite pushing the envelope and promising an unprecedented Rs 23,775 crore to the BCCI, will get their return on investment. To make their point, they talk about the dramatically-rising T20 consumption capacity of cricket fans and the recent Deloitte prediction about India’s smartphone count crossing 100 crore by 2024.

They trust the ever-growing army of hand-held device- dependents to push Viacom 18-Reliance past the bottom line. But it’s the BCCI suits that they aren’t sure about.

They have their reasons. In this Digital vs TV battle to woo the same set of IPL-devouring eyeballs, both the competing broadcasters would prefer an exclusive look and feel for their telecast. For that to happen, the BCCI will have to make a departure from their previous policy of providing the same world feed – both voice and visual – to both digital and TV. 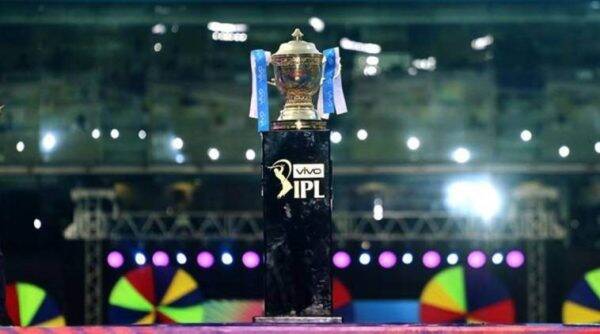 These are changing times. BCCI has never dealt with a situation where its broadcasting partners are working at cross-purposes. With smart television blurring the lines between the conventional idiot box and online content, the IPL airways are getting into an intense tug of war.

The last five years of monopoly era, when Star owned everything IPL, is over. Now there are two legitimate sales teams aggressively pursuing IPL advertisers.

“Star and Viacom have to have different products. If the BCCI plays it right, they create healthy competition between the two. They should allow content and product innovation. If they allow this to happen, the fans get a choice,” says an insider.

Thank you, @StarSportsIndia for renewing the partnership!

This is just the start of a promising 5-year journey. We can’t wait to get going. #TATAIPL

The BCCI, meanwhile, isn’t yet ready to tweak its policy when it comes to sharing the live feed from the stadium. “When they signed up, they were aware of this. It’s tough to see two sets of commentary boxes at the venue – one for digital and other for TV,” said a BCCI official.

As an afterthought, he hints at the possibility of negotiations. “They can approach us and there can be a talk on the issue.”

The auction dust has just settled, and the winners are now settled in two corners of the ring. As is the case in boxing, the stern-looking referee is whispering to them the rules of the game. He sounds firm but is willing to be flexible.

From the ‘nothing official about it’ Pepsi infringement on Coke’s territory during the 1996 World Cup, cricket has come a long way. In 2023, expect an intense off-field skirmish that will have ‘everything official about it’. The two broadcasters, each contracted to shell out close to Rs 50 crore for each game, are in a huddle thinking of ways to turn every stone on the cricket field.

While Star’s ad blitz could be about the communal joy of watching IPL in the living room, Viacom 18-Reliance could well be selling the bliss of watching sports with earphones that cut out the noise around.

Since its inception, the IPL has been synonymous with growth & today is a red-letter day for India Cricket, with Brand IPL
touching a new high with e-auction resulting in INR 48,390 cr value. IPL is now the 2nd most valued sporting league in the world in terms of per
match value!

“The one who does more innovation in commentary, data will further drive down the penetration of IPL to smaller segments,” says an insider. And follows up with a line that would somewhat explain the unexplored areas that the broadcasters are eyeing. “Even today, half of India doesn’t watch the IPL.”

Some figures will help to understand this.

At present, India has close to 400 million digital users while the corresponding TV figure is 1 billion.

Those wired to the airways say that while the growth potential of digital media is immense, TV has reached a saturation point. “People are now only changing their TV but not adding on. On the digital side, the smartphone reach is deep. And in case someone brings a cheaper smartphone to the market, more uncharted areas will be covered,” says an expert.

Even going by the present stagnant TV numbers in the country, Star’s bid of Rs 23,000 crore has profit potential, it is being said. “TV has its fixed subscribers and over the years we have seen that even at high ad rates, new products do get launched on TV during the IPL months,” he said. 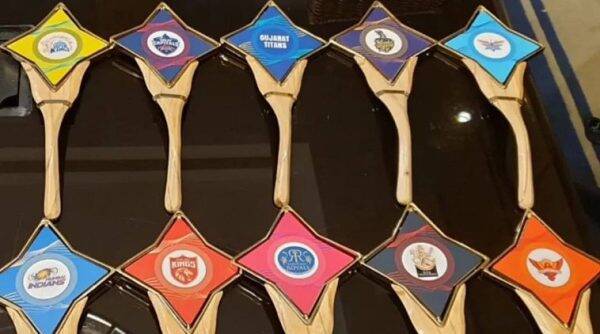 BCCI secretary Jay Shah said that even if the rights go at base price, the valuation of cricket’s biggest tournament would have taken a giant leap.

What about the digital broadcasters? Will they also be laughing their way to the bank? Experts throw in words like ‘notional gains’ and ‘long-term valuation’ when asked about the rationale of fishing out Rs 23,757 crore for the digital rights. “Digital sees things differently. When Amazon entered India, the initial period was not about making profit. It was about hooking consumers, getting subscribers. These things increase the valuation of the company. Digital might not see a direct cash flow from IPL for the first few years but with time their positions will improve,” says a broadcasting bigwig while listing the Reliance Group’s interest in e-commerce and telecom.

“Like Amazon, Viacom 18-Reliance too is expected to use the IPL pitch to promote their telecom and e-retail products. They will first create a subscriber base and later monetise and also use it to cross-sell their services. That’s the big play, they will have profits with time.”

A market watcher-cum-badminton enthusiast among the experts narrates an urgent App download episode to make his point about the ease of watching sports on digital platforms. Earlier this year, while at his farmhouse, he got a sudden urge to watch badminton star Lakshya Sen’s match. He made calls to friends to figure out where to tune in. He was told it was on Voot, Reliance’s OTT platform, it took him less than five minutes to get the app and catch the game live.

“Now imagine, if it was only on television. I would have to first get hold of the cable guy, wait for him to fix things. Since you get broadband on subscription, everything is simple. The cost too has come down. The pandemic further gave digital a push. During the pandemic, everyone wanted to automate and work remotely. With the cloud coming in, you don’t need to buy servers and all this helped digital,” he says.

There are more reasons for optimism. With 5G set to be launched, data speeds expected to vroom and wi-fi to become ubiquitous and thus more affordable, the leap in consumption is expected to multiply.

The digital broadcasters are in a state of frenzy, they can’t wait to be enterprising and adventurous. “In digital, they can create multiple segments since it can be easily customised. That’s a big advantage over TV. If you want to create a new segment in television, you have to first find a slot, after that you need a channel, TRAI approval, and after all that, convince the cable operator. In digital, you just sit in an office and create a segment. Say, there is this big game that is expected to get a large viewership. A digital broadcaster can just create two more channels for that match only,” says an expert.

So will TV become background noise any time soon? Not really. It also has its advantages, and also its own ease of operation.

“People in general are lazy. They want easy access. In digital, interplay is still limited. TV is a cosy medium from a human interface standpoint. It’s easy to switch channels. The user experience is seamless. Between overs, if I want to check news and return to sport, it is easier. In digital, you are stuck in a medium,” says an expert. And buffering is still a reality, not an antiquated past.

Most trend-watchers say there is enough space for the two to coexist. “For the next five years, TV will still be the foremost, but digital will catch on. After 10 years, it’s anybody’s guess.”

It’s the technological advancement that will determine the timing of the next game-changing churn. Like many of nature’s mysterious ways of balancing things, the acceptability of these big ideas with millions at stake will depend on Little India.

Send your feedback to sandydwivedi@gmail.com