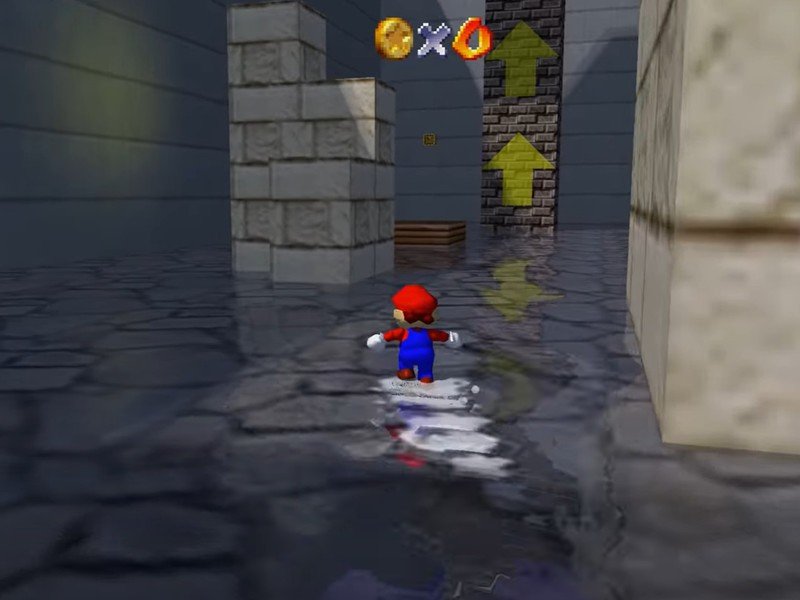 What’s the first game that you would want to play with the NVIDIA GeForce RTX 3090? Microsoft Flight Simulator? Apex Legends? The Witcher 3? Those are some of the best PC games right now, but the obvious answer is, of course, Super Mario 64 with ray tracing. A modder by the name of Darío managed to get ray tracing on the iconic game (via Tom’s Hardware).

Darío is an experienced modder and has several videos showing off Sonic the Hedgehog mods. Now, the modder is enjoying Nintendo’s mascot on a community-made Super Mario 64 PC port.

It’s surreal seeing Super Mario 64 with ray tracing. The video shows off Wet-Dry World, which has plenty of water, fire, and lightning to reflect and create shadows. Watching Darío explore the level, you can see how much of a difference ray tracing makes.

The most obvious difference is that the water is clear and reflective rather than blue. You also see shadows and flickering lights created by several aspects of the stage.

The textures of the game are dated, but it feels much more immersive with ray tracing. The mod appears to run smoothly. That may not seem surprising since Darío is running an NVIDIA GeForce RTX 3090, but even with a lot of power, some mods aren’t smooth.

Dunno if this is gonna help any matters but here it goes.

sm64rtx is a fork of the open-source n64decomp/sm64 project. Distribution of the mod is planned only in source code form, and no copyrighted assets would be included if it were to be released.

The mod isn’t public yet.

This isn’t the first time we’ve seen ray tracing in Super Mario 64, but previous attempts were in the form of textures.

The ray tracing mod for Super Mario 64 isn’t public yet. If anything regarding the mod is shared, it won’t include any copyrighted assets.